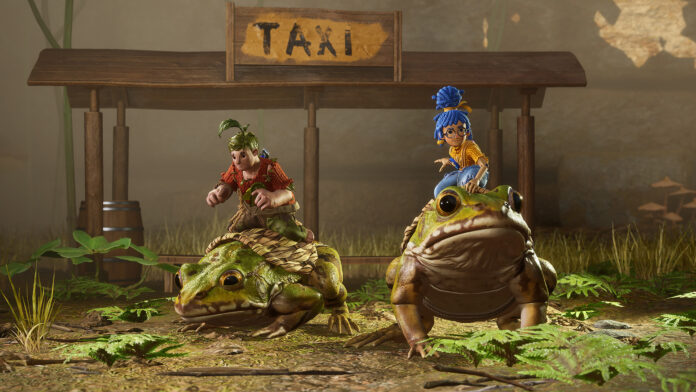 It Takes Two is the latest game from developer Hazelight Studios and follows the same co-op formula as A Way Out. The critical reception for the game has been great but PC players are experiencing crashes while playing it like the crash at launch, in-game crash, or ‘UE4 NUT GAMES Has Crashed’ error. In this guide, I will help players with how to fix the It Takes Two crash and crash at startup issue.

How To Fix It Takes Two PC Crash

Before we start with the fixes for it Takes Two crashing issue, first let’s go through some basic troubleshooting. Lack of admin rights could be the reason why the game is crashing at startup. Right-click the game’s exe > properties > Compatibility tab > check “Run this program as administrator” and hit apply. This should stop the game from crashing. In case the game is still crashing, the following are the methods that’ll fix it.

In case the game is crashing randomly while playing without any error, then players might be using a third-party tool or software like MSI Afterburner, RGB software, or mouse and keyboard software. Disable any third-party software you are using along with Steam overlay and GeForce Experience overlay. This will fix the It Takes Two crash.

In case the GPU is old, try reducing the graphics settings or use MSI Afterburner to reduce the GPU clock by 100 MHz. If you don’t want to mess with the GPU clock, then limit the game’s FPS to 30. Open Nvidia Control Panel > Manage 3D Settings > program Settings > select It Takes Two. Turn on Max FPS Limit and set the value to 30 and hit apply. The game will be capped at 30 FPS, reducing CPU and GPU load.

If the game is crashing at launch, then Your anti-virus might be blocking important game files and cause the crash at launch issue. Either disable real-time protection or exclude the game’s install folder from it. After that, verify game files and the issue will be fixed.

Also if you are playing It Takes Two on a Windows 7 or a 32-bit OS, then that might be the cause of the crash at launch. Make sure you are using at least Windows 8.1 and a 64-bit OS.

That is all for our fixes for the It Takes Two crash issue. If you are facing errors and issues with other PC games or your PC then also see our hub for commonly occurring PC errors and their fixes.