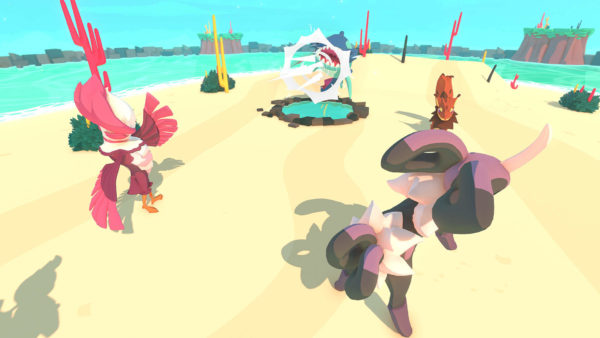 Temtem is a game that challenges Pokemon and from the looks of it, this game is the first real competitor for Nintendo’s long-running exclusive game. Now, the question becomes, is Temtem coming to Nintendo Switch?

Temtem has gained popularity around the world on PC, its MMO style addictive gameplay inspired by Pokemon is beautifully crafted. For the time being Temtem is a PC exclusive game due to the small size of its development team, The developer chooses to release it for PC before considering moving on to other platforms. Fans of Nintendo Switch would like to know if there are plans for Temtem Nintendo Switch release date, when it is going to happen.

Temtem is coming to the Nintendo Switch is 2021. The game was originally planned to release on Switch, PS4, and Xbox One this May of 2020 but due to development issues, the release had to be pushed back. There is no release date commitment from the development team but we at least know for sure that Temtem isn’t coming to Switch, PS4, and Xbox One.

According to the developers, they won’t be able to deliver Temtem until the game is fully developed.” They went on to say that they don’t have an “estimation” of when Temtem will come to consoles. However, they are certain that it won’t be ready before 2021.

With that said, there is no confirmation of when the game will release in 2021 but if we are to speculate, a Q1 2021 release window seems likely. The worst-case scenario it won’t even release in 2021.

Due to Temtem releasing on Early Access on PC in just a week, we need to make sure every backer has chosen their preferred platform. Especially if you want to swap your PC key for a console one or vice-versa.

If you are a Temtem fan, start playing the game on PC. Its Nintendo Switch release will take a while so if you own a PC, there is a huge community already enjoying Temtem on PC. We covered the game in detail, you can check out our guides section if you want help with the game