Home News Iron Man VR Is The Result Of “Black Magic Engineering Under The... 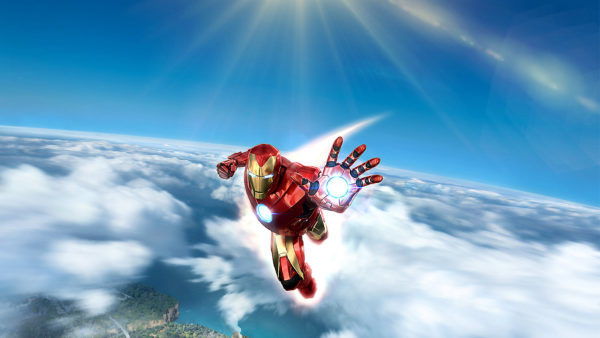 Most Marvel fans are focused on Marvel’s Avengers and since there is plenty of hype around the title, it is easy to forget there is another Marvel game in the works, Iron Man VR. The game will let players explore the virtual skies as Iron Man.

Developer Camouflaj released a trailer to announce the game as well as confirmed a release date earlier this year. Iron Man VR is coming to PSVR on February 28, 2020. The great thing about pairing the PlayStation VR with Iron Man is how these two complement each other. Director Ryan Payton talks about the game:

The initial prototype came together extremely quickly thanks to the incredible work of Camouflaj engineer Troy Johnsen, and I think even he was blown away by how fun the game was after only a few days of work. Even in its early ‘grey box’ form, it was really fun to fly around using physics thrusters from the palms of your hands.

From the get-go the developers focused on “capturing the sense of freedom and power of flying as Iron Man.” Flying in Iron Man VR is an intense physical experience. The player holds both move controllers to the side to propel upwards in the game, then swivel them to change direction.

Meanwhile, the combat is described as a mix of locked-on missiles and hands-on moves such as the ground pound. To make combat a more engaging experience the AI is designed to test the player’s flying and shooting skills. The enemy AI will behave more than cannon fodder. But it took developers a long time to get to a point when we can fly around the sandbox maps as Iron Man.

it’s a culmination of years iterating on the model, materials, animations, VFX, SFX, and black magic engineering under the hood.

The details of Iron Man VR are what makes combat feel immersive. And it has been a painstaking process getting the details right, for example, it took developers over a year to make sure players can see Iron Man’s full arms in the new VR game.