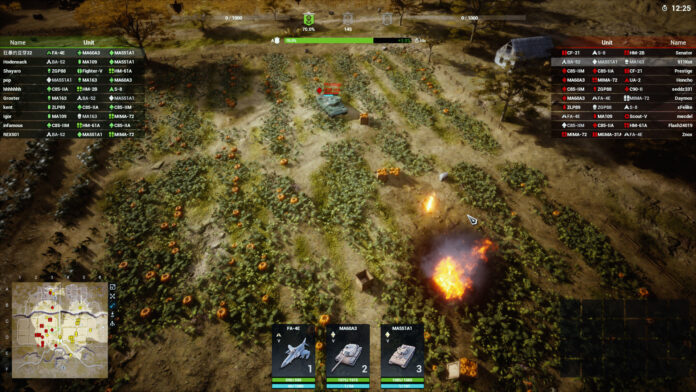 Scouts very good for scoping out the battlefield. These units also come with better Concealment compared to reconnaissance aircraft which makes them hard to spot. However, Scouts have lower HP and defense stats so when they are spotted they can be easily taken down. Place your Scouts near the frontlines and make them work together with reconnaissance aircraft to keep track of enemy movements.

Use your Figher units to augment damage output from more power units as well as to flank enemy units. Fighter units have more firepower compared to Scouts but low Visual Range. Fighters use mines, RPGs, grenades to do a considerable amount of damage to enemy units. However, they have a low range compared to tanks but are good at sneaking behind enemy lines through forests, towns, buildings etc. Use your fighters to assist tanks in the frontlines.

All Infantry Units in Iron Conflict are great support units but they lack defense and aren’t very effective against heavily armored enemy units.