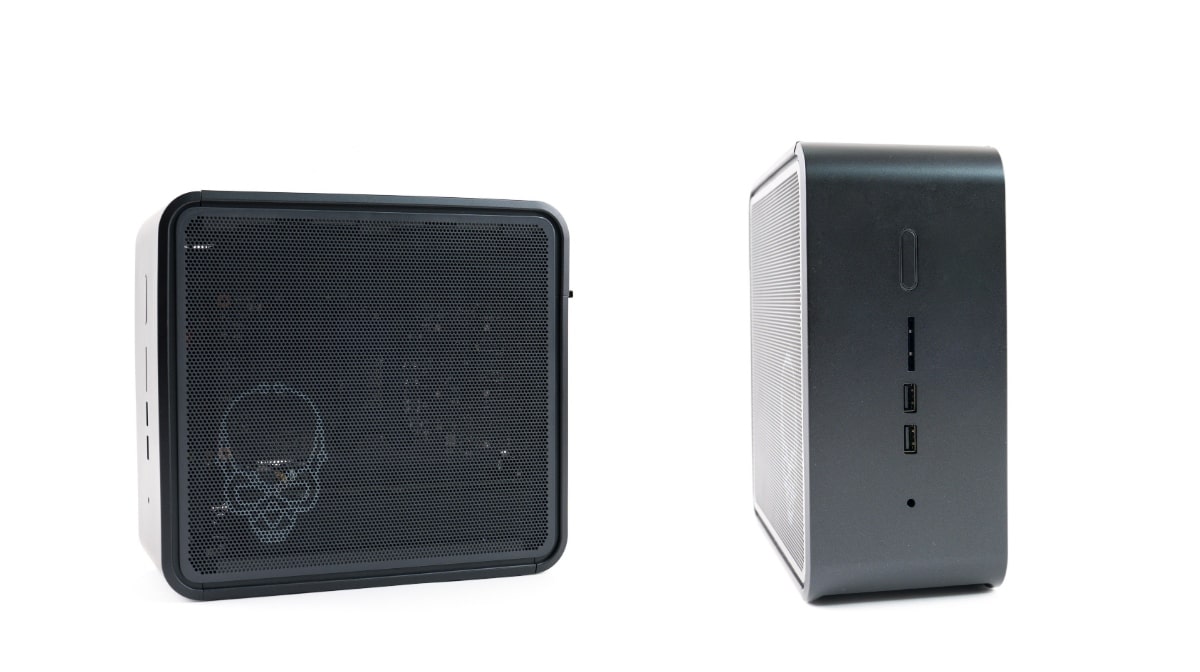 Intel spokespersons recently talked about the NUC 9. The team talked about the design and the VR support among other things. The Intel NUC 9 is a small form factor PC that has plenty of power. You could call it a mini PC.

Intel was asked why the compute element’s cooling was behind the graphics card rather than back to back like some other smaller PC. The following is what Intel had to say regarding this design choice for the NUC 9:

The intention with the PCIe layout and having them sandwiched for airflow rather than back to back goes along with trying to follow as much of the PCIe CEM Spec as possible. Additionally if we had placed the components back to back the Ghost Canyon Kits would have ended up around 10-15mm wider due to clearances.

Intel was asked whether there would be lower performance models. That makes sense as that means a low price point. The following is what Intel had to say regarding the matter:

we currently do not have plans for a PCIe-based Compute Element based on U-Series. This said we do have another modular product based on U-series,

Intel was asked about the thermal performance of the NUC 9. That makes sense keeping in mind that the form factor is very small and the parts inside can produce a lot of heat. The following is what Intel had to say regarding the matter:

Because CPU temps depend on many factors, we’ve designed Ghost Canyon to not throttle the CPU while gaming with a graphics card installed, at typical room ambient temperatures.

Intel also talked about VR support and the following is what the team had to say regarding the matter:

Our CPU should have no issues with running VR but you should make sure that you have a graphics card that is capable of doing VR.

People also wanted to know what the support for this form factor is going to be like. The following is what Intel had to say regarding the matter:

From a product support standpoint every NUC product has a standard 3yr Warranty. For product availability it will vary by make and model, where some of our commercial products are available to purchase for up to 3yrs while some consumer products are targeted at more accelerated refresh cycles.

Let us know what you think about the Intel NUC 9 and whether or not this is something that you might be interested in.