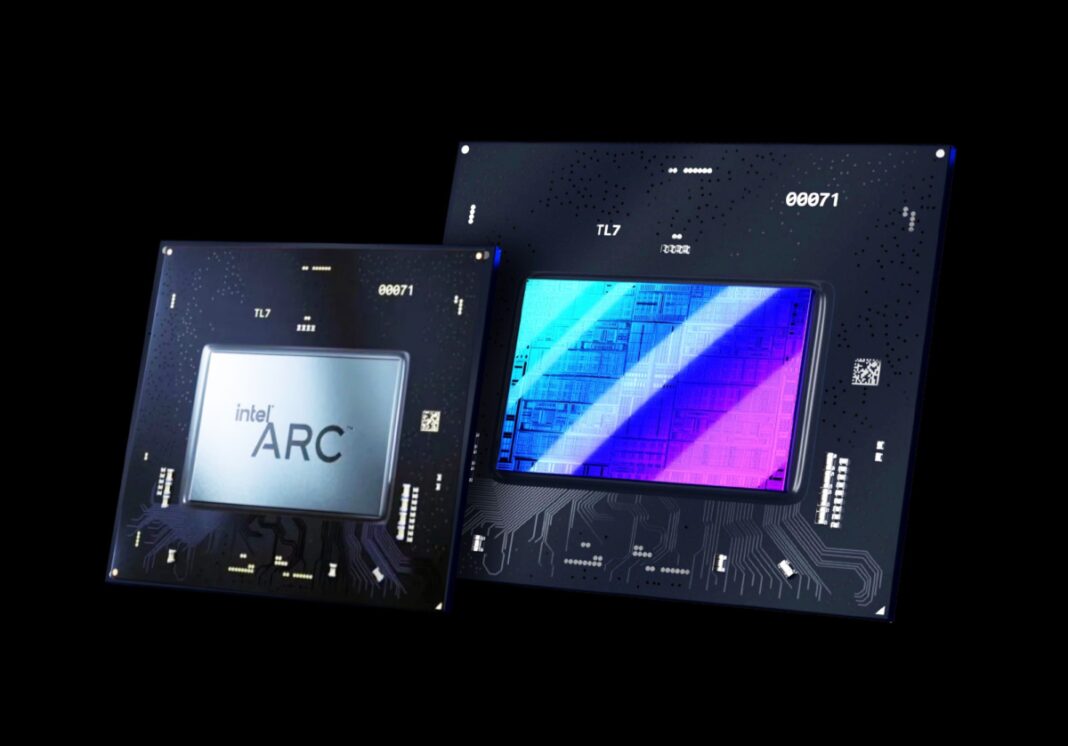 The Intel Arc A770M is based on the 6nm process and features 32 Xe and RT cores. The rated core speed is 1650 MHz but that can vary depending on the cooling solution used. The GPU also features 16 GB of GDDR6 memory and a 256-bit memory bus.

Time Spy numbers of the Intel Arc A770M and Nvidia RTX 3060 reveal that the RTX 3060 performs better in synthetic benchmarks. Note that the comparison is not with a desktop RTX 3060 but with a mobile variant inside the Asus ROG Scar 15 2022 laptop.

The Intel Arc powered XMG laptop was able to score 8700 points in Time Spy even though it has a better CPU than the ROG Scar. Not only were the overall scores and 3D Mark scores higher but the GPU scores were higher as well. The Intel Arc A770M scored 9172 points in the graphics test while the Asus ROG Scar 15 scored 9172 and 9065 points.

It is interesting to see that the clock and memory clock speeds of the Intel Arc GPU were higher than the RTX 3060 and the average temperature was higher in one of the tests as well.

The lower performance could be because of optimization issues. The Intel GPUs are relatively new and some optimizations might be in order in order to get the most performance out of the GPUs.

Let us know what you think about these performance numbers and whether or not you are interested in getting an Intel Arc A770M powered laptop. You can also check out the official performance benchmarks for the desktop Intel Arc A750 Limited Edition graphics card.