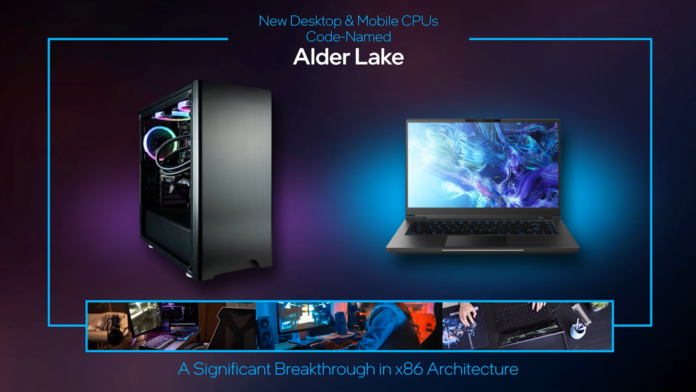 Intel Alder Lake K-series SKUs have been released and it is only a matter of time before the non-K desktop variants and mobile CPUs are released. We have spotted an Intel Alder Lake Mobile CPU with 10 cores and 20 threads.

Note that these are not official specifications and are subject to change. So take this information with a grain of salt. The new Alder Lake CPUs have a different architecture compared to previous Intel CPUs and the CPUs comprise of efficiency cores and power cores. The 10 cores of this CPU are most likely divided into 2 efficiency cores and 8 power cores.

It will be interesting to see what kind of performance boost these Intel Alder Lake Mobile CPUs are going to offer compared to previous generation Intel CPUs and competing AMD chips. The desktop chips have been praised, now we have to wait and see if the mobile chips can deliver similar performance benefits.

Let us know what you think about this Intel Alder Lake Mobile CPU with 10 cores and whether or not you would be interested in buying a laptop powered by one of these new CPUs.