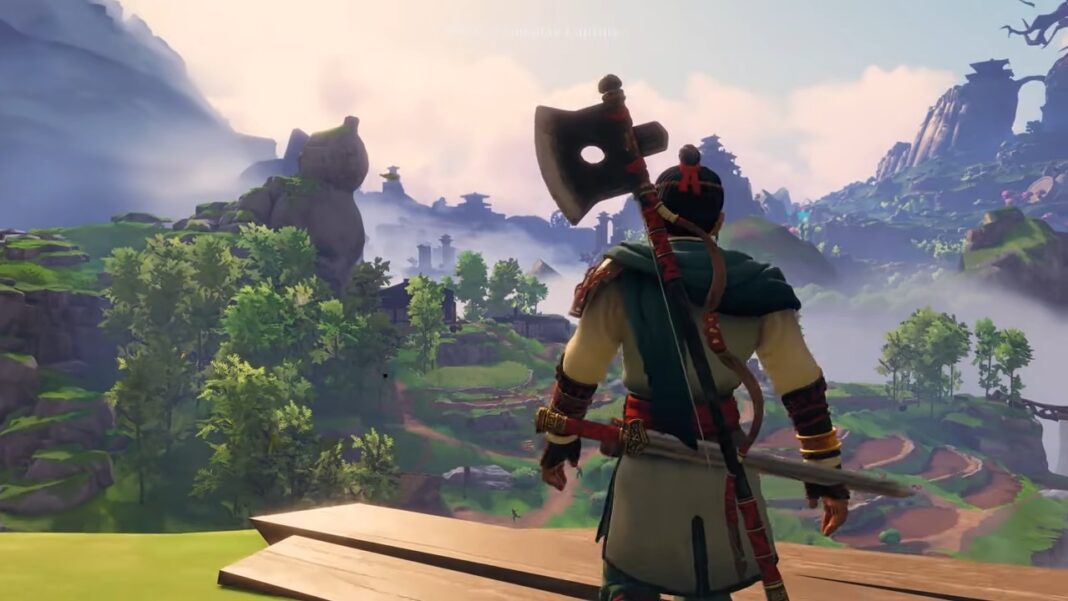 When the quest starts, follow the marker and you will hear someone from inside the dragon skull. However, your path is blocked by poison. Use a flaming arrow to clear the poisonous gas but you will first need to activate the poison seed as well as the brazier first.

Hit the blue box with an arrow to expand its size. Now you go to the pressure pad near the skull and stand on it to activate the poison seed. The next step is to shoot the arrow through the brazier.

When you enter the skull you will meat Hong and then you will have to free his sister. Go to the quest marker and complete the puzzle. Hit the blue cubes to expand them, go inside the structure, and hit the cubes to shrink them. Stand on the structure and shoot an arrow through the brazier to target the poison seed and free the girl.

And that’s the end of our Immortals Fenyx Rising Myths Of The Eastern Realm My Heavens. Need more help? See tips and tricks, How to Regenerate Stamina, Clashing Rocks Lyre Challenges.