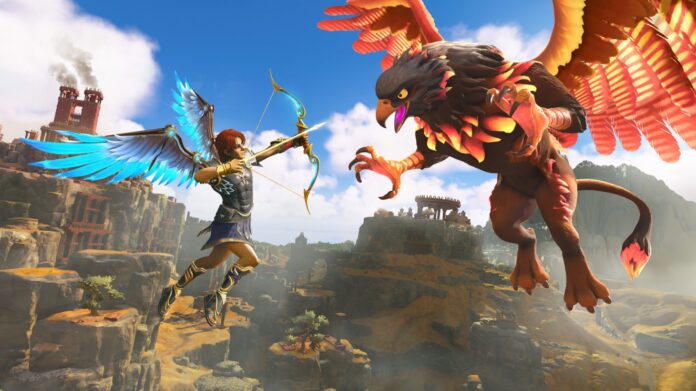 Immortals Fenyx Rising is the latest and the third open-world Ubisoft game this year following Watch Dogs Legion and Assassin’s Creed Valhalla. It’s a charming game that takes the best things from Assassin’s Creed and Legend Of Zelda Breath of the Wild.

However, the PC version of Immortals Fenyx Rising is facing errors and issues like game crashing at launch, Unable to start the game error, in-game crash, controller not working, stuttering, and more. The following are the errors and issues that PC players are experiencing with the game along with their fixes and workarounds.

Unable To Start The Game Fix

Immortals Fenyx Rising players are reporting that they are unable to play the game as they get the “Unable to start the game – Cannot be activated at this time” error when they launch it.

The fix for the “Unable to start the game” error is simple. Navigate to the Immortals Fenyx Rising’s install folder. If you are using the default installation path, then you need to navigate to “C:\Program Files (x86)\Ubisoft\Ubisoft Game Launcher\games\Immortals Fenyx Rising”. Here players will find two files named “ImmortalsFenyxRising_plus.exe” and “ImmortalsFenyxRising.exe”.

First, install the latest GPU driver and do a clean installation. Open Task Manager and check if there is any process using too much CPU, GPU, or HDD. Terminate the process that is using too much of your PC resources.

If you are playing Immortals Fenyx Rising on 4 Core/ 4 Thread CPU, then there isn’t much you can do except for lowering graphics settings. The game requires at least a 6 Core CPU to be able to run on a mix of High and Medium settings.

Make sure that OS you are using is at least Windows 7 64-Bit as the game doesn’t support 32-Bit OS. If you are using 32-Bit Windows then upgrade to 64-bit and the game will launch.

Another reason for the game to not launch could be the lack of admin rights. Right-click Ubisoft Connect > Properties > Compatibility tab > check “Run this program as administrator” and hit apply. Do the same for Immortals Fenyx Rising.exe and the issue will be fixed.

In case the game is still crashing at launch, go to the game’s install folder and launch Immortals Fenyx Rising directly from its exe. You’ll probably get an error similar to “vcruntime140_1.dll or MSVCP140.dll Was Not Found”. This can be fixed by installing the latest Microsoft Visual C++ Redistributables both x64 and x86 versions.

Immortals Fenyx Rising is crashing randomly while playing for a lot of PC players and here is how to fix this crash issue. One reason for the in-game crash issue is the use of third-party tools and software like MSI Afterburner or RGB software. Disable any third-party software you have installed and the issue will be fixed.

In case the GPU isn’t overclocked, then use MSI Afterburner and reduce the GPU Clock by 100 MHz. Launch the game and it won’t crash randomly while playing. If you don’t want to mess with the GPU clock then limit the game to 30 FPS. This will reduce the GPU and CPU load and Immortals Fenyx Rising won’t crash anymore.

That is all for our Immortals Fenyx Rising fixes for errors and issues like Unable To Start The Game, stuttering, low FPS, game crashing at launch, and more. If you are facing errors and issues with other PC games or your PC then also see our hub for commonly occurring PC errors and their fixes.