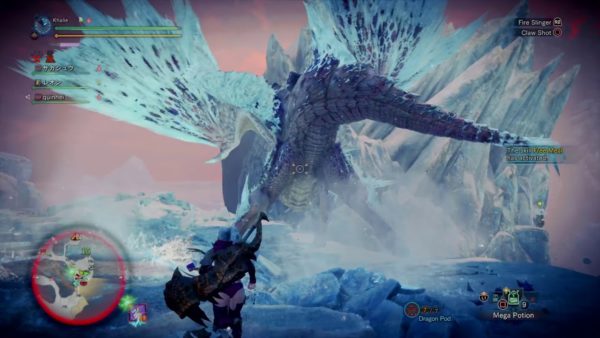 Monster Hunter World released with a ton of materials and we have been trying to farm them all for the longest time.  But with the release of brand new expansion, Iceborne we have new materials and items to find. Thanks to Iceborne we now have to find ways to farm Tempered Crownhorn. Thankfully, we have prepared a “Iceborne Tempered Crownhorn farming” guide for our Iceborne players.

How to Farm Tempered Crownhorn?

This master rank material is among the toughest to gather in Iceborne; not only because of its limited availability but also the way you are able to get it makes it tough.  The Tempered Crownhorn comes from a tempered monster named Velkhana. You need to go to the Guiding Lands and fight any Tempered Velkhana. The problem is that this is the only type of monster in Iceborne that drops the  Tempered Crownhorn. The master rank material will drop an insignificant amount from the “shiny” drops as well as when you report back to Handler. You can further increase the drop rate by following a few tricks of ours. The first action is to equip one level of the Geologist Skill. There is apparently a bug in the game (that hasn’t been fixed so far), that makes this skill drop double the shiny drop in the Guiding Lands. If you look at the description of the Geologist Skill it says that it lets you gather bonepiles at a higher rate. However, the bug increases the shiny drop rate in the Guiding Lands due to this skill bug. You can now effectively increase your Tempered Crownhorn farming efforts.

Another trip is to make efforts to increase the shiny drop rate in the first place without applying the skill. This is an easy step in the Guiding Lands. The trick is to slam Velkhana into walls, rocks, and other solid objects. You can use your Clutch Claw to grab the face, ensuring you have Slinger ammo. Now aim the Velkahan in the direction of the wall, rocks, or any other solid object.

You can do this around 3 times as long as they aren’t enraged. Once they enter the enraged state you won’t be able to smash them into solid objects.

Now, each time you push the monster in the direction you want it will turn 45 degrees, once it is facing and close to a solid object shoot the Slinger Ammo on its face. The Velkhana will lunge forward and hopefully hit a wall, rock, or another solid object. If you are successful the Velkhana will drop shiny drops. Make sure it is a Tempered Velkhana to get Tempered Crownhorn from its drops. You can also harvest its horns, wings, and claws to get shiny drops. To get a Tempered Velkhana you must raise any Guiding Lands region to Level 7. You need Velkhana bait which is usually acquired from monster parts and collecting tracks.

How to Beat Tempered Velkhana?

When facing the Tempered Velkhana Nullberries and the Iceproof Mantle are crucial. The Nullberries will heal you from the Iceblight when afflicted. Meanwhile,  Iceproof will negate the status effect and reduce damage from ice attacks. The Iceborne expansion lets players upgrade mantles with jewel slots. You can add more attack affinity to the Iceproof Mantle. Avoid the freezing mist as it will suck your strength with Iceblight and can even freeze you in place. Use your Clutch Claw to bring the Tempered Velkhana back down and when she is not enraged use a Slinger Burst on her head.

Ice resistance is effective against this monster. But Iceproof Mantle should be enough for most of the battle. Make sure to upgrade it by completing the “Rime Duet” optional quest.

What Are  Tempered Crownhorn Used For?