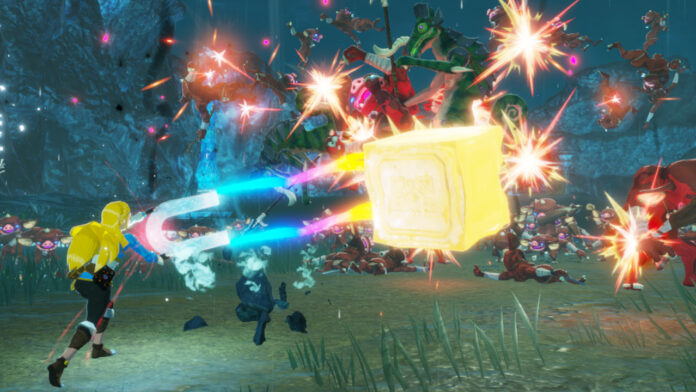 How to Level Up Zelda in Hyrule Warriors: Age of Calamity

The following are all Zelda quests available in the game.

The Frontiers of Knowledge

You must complete the “Guardian Amok” to unlock this Zelda quest in Hyrule Warriors: Age of Calamity. “The Frontiers of Knowledge” quest is found in Central Hyrule. You need the following materials for this quest:

You can easily find all materials by the end of the first level. The Frontiers of Knowledge quest gives out a Bonus Combo as a quest reward.

A Princess in Distress

To get “A Princess in Distress” you need to complete the Relief for Soldier Stress quest. The following materials are required for it:

The quest materials is easily acquired from the Tabantha Frontier. Once you complete “A Princess in Distress” quest you get +1 Bonus Hearts.

A Buffet of Delicacies

“A Buffet of Delicacies” quest is unlocked after you complete the ” Daruk, the Goron Hero.” Go to Central Hyrule to this quest, you’ll need the following materials:

The reward for this quest is +1 Bonus Hearts.

Go to Central Hyrule after completing the “Freeing Korok Forest” quest to unlock the “Preparing for Field Work mission. The following materials are required:

The quest reward is a Bonus Combo.

In Case of Emergency…

Complete the “Akkala Tower” mission and go to Central Hyrule to unlock this quest. The following materials are required:

You get +2 Bonus Hearts for completing “In Case of Emergency.”

Go to Central Hyrule after completing the “Akkala Tower” to unlock this quest. The following are the materials requirements:

You get a Bonus Combo as a quest reward for completing “Soothing Tensions.”

The final Zelda quest is also found in Central Hyrule. Complete the “When Courage Fails” quest to unlock this one. The following are the materials needed for “Research Funding.”

You get a Bonus Combo for completing this one.

And that’s all the Zelda quests you need to complete in Hyrule Warriors: Age of Calamity to level her up.