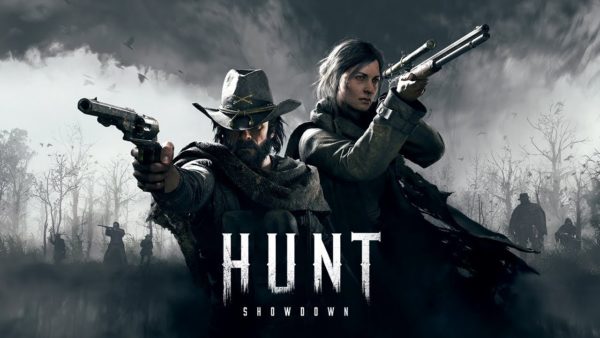 Hunt Showdown spent a lot of time in Steam’s early access and the game has finally come out of it. However, Hunt Showdown PC version is till facing errors and issues like the crash on startup, fatal error, performance issues and more. Here I have compiled a list of Hunt Showdown errors along with their possible fixes and workarounds.

Hunt Showdown is the latest game from Crytek and it has finally launched after spending a few years in early access. Despite the game being fully developed with player feedback, it’s still facing errors and issues. The following are the errors and issues that players are experiencing along with their fixes and workarounds.

Players are reporting that while Hunt Shodown has come out of the early access, the game still crashes for some at startup and for some randomly while playing the game.

Here is the fix for Hunt Showdown crash on startup. The reason for the game to crash at launch is probabaly your anti-virus or Windows Defender as it could be detecting the game’s exe file as a trojan virus.

For some players, Hunt Showdown crashes with a Fatal Error. This could be due to players using third-party monitoring software like MSI Afterburner.

Disable the third-party software and the Fatal Error should be resolved. If aren’t using any monitoring software but have enabled GeForce experience then try disabling that.

If the Hunt Showdown Fatal Error persists, then the issue might be the GPU driver. Try rolling back to an older Nvidia GPU driver (399.XX). This will resolve the fatal error for you.

Another reason for the Fatal Error or D3D Device Being Lost error could be the GPU itself. Either your GPU is old or the GPU is overclocked.

In case the GPU is overclocked or factory overclocked, revert the GPU back to its stock clock speed and the issue should resolve using MSI Afterburner.

If your GPU is old then using third-party overclocking software like MSI Afterburner, reduce the GPU’s clock speed by 100 MHz and see if that works for you.

Performance is often an issue with a game developed using CryEngine and Hunt Showdown is apparently no exception.

If you are playing the game on at least a GTX 10 series GPU then there is a way to boost performance. However, for this to work, you need at least Intel Core i5 or its equivalent processor.

Open Nvidia Control Panel> Manage 3D Settings> Program Settings and select the game from the list. If the game isn’t in the game list then add it. Now go through the options and set Vertical Sync to “Fast” and apply these settings.

Start the game, and disable Vertical sync from the options. This will give you a potential FPS boost provided you have decent enough GPU and CPU. I have personally tried it on other Cry Engine games and it has worked wonders.

Note that for some games, Fast Vertical sync kicks in when vertical sync is enabled in-game and disabled for some. Using the Geforce Experience, you can track the FPS boost.

As for the Hunt Showdown stuttering fix, open Nvidia Control Panel> Manage 3D Settings> Program Settings and select the game from the list and make the following changes to eliminate stuttering.

Players are reporting that when they start the game they get the “Easy anti-cheat error, Untrusted system file”. This error can pop up due to third-party software trying to mess with the game’s exe. If you are using any third-party monitory software like MSI Afterburner then disable it.

If the error persists then disable or uninstall any RGB lighting software if you have enabled RGB lighting in your system. This RGB software is the most likely culprit behind this easy anti-cheat error and should be resolved by disabling it.

There is another possible fix for the easy anti-cheat error. Go to your Steam library “Right-click > properties > Local files > browse local files > EasyAntiCheat > Delete Certificate folder. Profit”. Doing this will resolve the error.

Players are experiencing black screen while they can hear the music in the background while trying to play Hunt Showdown.

To fix this, start the game and when the black screen appears, press “Alt + Enter” and the will go into Windowed mode and will start to display.

Now go to the in-game video settings and set the resolution to your display’s native resolution and you’ll be able to play the game in fullscreen without getting the black screen.

This is another Hunt Showdown error that PC players are experiencing. This particular error pops up due to a Windows file-system error.

To fix this run a full ChkDsk scan and after that check game file integrity through Steam. Now start the game and the issue should be resolved.

That is all for Hunt Showdown errors along with fixes for any crash, easy anti-cheat error, low FPS and more.

If you are interested in learning more about the game then be sure to check out our trophies list, that tells you how you can unlock all the different trophies in the game. You can also check out our weapons guide.