RespawnFirst
Home Guides Humankind How To Manage Your City In Humankind 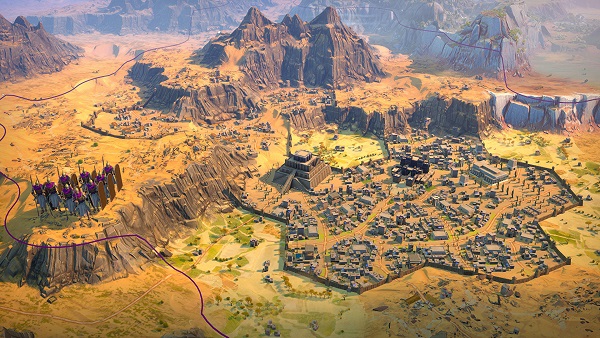 Humankind is all about building cities and managing them. However, it can be a bit overwhelming and this Humankind guide will help players with how to manage their city.

How To Manage City In Humankind

To manage their city in Humankind, players need to keep four things in mind. Districts, Workers, Stability, and Pollution. These are the main things that players need to manage to keep a healthy city.

There are workers for Food, Industry, Money, and Science. Which workers the city produces depends on the districts the players build. However, players can move around their workers to boost a certain section.

Since the city is ever growing in Humankind, players won’t really know what the city will need as it grows. That is why leave gaps here and there throughout the city so that players can use them later on.

Some Districts help boost other districts. Placing a Market close to Luxury Resources will net players extra resources and placing multiple techs and buildings close to certain districts will result in huge boosts.

Stability is an in-game metric to determine how much the city is thriving. There are multiple factors that affect the stability of the city. Attaching outposts might help the city but it also reduces stability. The more outposts you attach to the city the more stability will drop.

There are other factors that also impact Stability like Influence, Religion, Pollution, and World Events. However, these are the things that players can manage to boost Stability.

Society choices also impact the Stability of the city. Whether players are steering the city towards a religious ideology or towards an industry-focused society, there will come a point where the extra influence or gold will result in reduced Stability.

However, players can increase the stability of their city through Common’s Quarters and Garrisons. Also, there are certain cultures in Humankind that give stability boost as a bonus. World Wonders also provide a significant boost to stability. Also, see our How To Increase Stability guide.

How To Manage Pollution

Like real-world, Pollution is also a challenge that players will have to deal with. However, it becomes a problem once players reach the Industrial era. If players don’t reduce or manage pollution, it can potentially lead to a game-over.

The simplest way to manage pollution is by planting forests. This reduces the pollution in Humankind by -10.

If energy production is a huge factor that causes pollution, players can use Renewable Energy or Hydroelectric Dams as replacements. This will reduce Pollution significantly.

Furthermore, players have to also keep an eye on the city infrastructure buildings that add pollution. Not managing them can lead due to a spike in Pollution that players might not be able to handle.

That is all for our Humankind with tips on how to manage the city. For more on the game, also see How To Build A City and How To Get Influence.