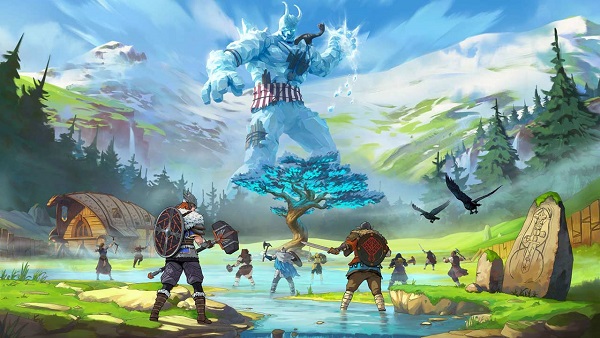 Biofrost in the Tribes of Midgard is a powerful tool that can be used to protect items like Golden Horns. However, it cannot be used from the very beginning of the game. In this Tribes of Midgard guide, we have detailed all there is to know about how to get Biofrost.

In order to activate Biofrost, make sure to reach day-3 in the game. After that, the first Jotun should appear who must be defeated. It is only after defeating the first Jotun that the Biofrost will become available. However, do note that even the first Jotun provides a formidable challenge and should not be taken lightly. While it is entirely possible to defeat it solo, playing in co-op almost trivializes the fight.

As for finding the Biofrost, it should be somewhere close to the main base. Biofrost in the Tribes of Midgard essentially lets players finish their run while saving all the Golden Horns they have accumulated throughout the run. Since the game continues to get harder, Biofrost can be considered a good escape plan.

Since the Golden Horns are incredibly powerful in the Tribes of Midgard, having a decent supply of them is beneficial. Also, in case it was not clear, dying during a run takes away all the Golden Horns that a player has collected during that run.