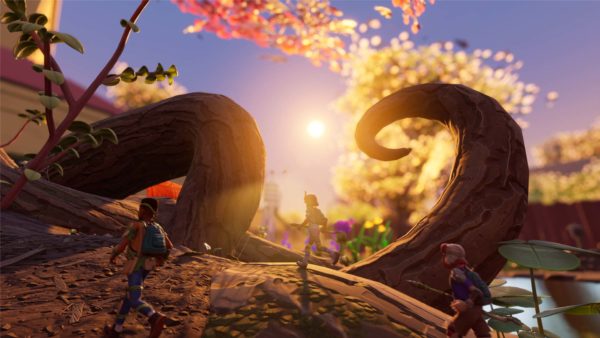 Tools are crucial to your survival in Grounded which means upgrading them is as important as it can get. You will come across multiple important tools in Grounded that be upgraded as you progress. Some of the tools in your possession are used to complete quests while others allow you to craft new items and protect yourself. Base building is another major element of Grounded and tools are used to craft the perfect, secure base. In this guide, we will explain how to upgrade your tools in Grounded. Two main items you will be using a lot in Grounded are axe and hammer. From very early on in the game you will be pushed to use axe and hammers to craft items, collect resources, and cut down blades of grass. You can use both of the tools in battles against ants and beetles.

How to Upgrade Tools – Axe and Hammer

The very first thing you should get in Grounded is the Insect Axe. You need to craft the Tier 2 Insect Axe which is much stronger and better than the first version you get early on. The upgraded version of the Insect Axe will let you cut down weeds and blades of grass, something that the Tier 1 axe can’t do.

How to Upgrade Axe to Tier 2

To upgrade your Insect Axe to Tier 2 you need to 2 Ladybug Head, 3 Bombardier Parts, and 4 Spider Silk.  Kill a ladybug to get the head. While they are aggressive and won’t attack you on sight, they are extremely hard to beat when you attack them. The Bombardier Beetles are found in the baseball landmark. The Spider Silk is obtained from killing Spiders in Grounded.

How to Upgrade Hammer to Tier 2

The second most useful tool is the Hammer. You can upgrade hammer to tier 2 just like the axe. The hammer is used to break into Ice Caps Mint Container. You will 4 Stinkbug Parts, 4 Berry Leather, 1 Boiling Gland to upgrade your Hammer to Tier 2 in Grounded. You need to kill the Stingbugs to get the parts. The berry leather is obtained from berries which hang big trees near a house in the southern part of the backyard. To get the Boiling Gland you need to kill the Bombardier Beetles. That’s all there is to it, I hope this guide helps you upgrade your tools in Grounded.