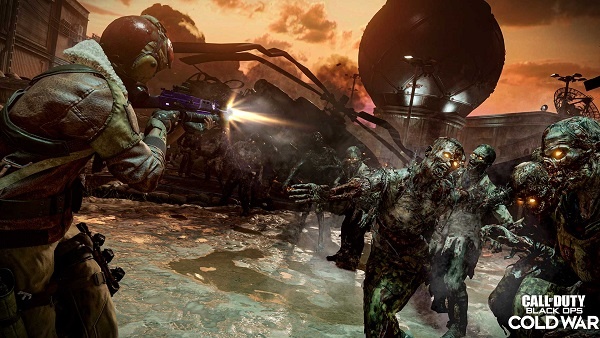 The Monkey Bomb upgrade us a returning feature from the Gorod Krovi map. It was quite a difficult task to upgrade the bomb back then but that isn’t the case this time around. The first thing you need monkey bombs which are dropped by zombies at random.

Gathering the monkey bombs might take some time. However, you can speed up the process by gathering 1000 uncommon salvage and crafting the bombs at the workbench.

You can hold two bombs at a time and once you have at least one of them equipped, go to one of the powered-up Aetherium reactors in the Mission Control, Data Center, and the Military Command. At one of these locations, you need to use the monkey grenades to kill at least 50 zombies.

Bait the zombies to gather at one of these locations and use as many monkey bombs as it takes to get 50 kills. Once you hit 50 kills, the next bomb you throw will glow red. The red glow means that the bombs are upgrade and ready to do more damage in Firebase Z.