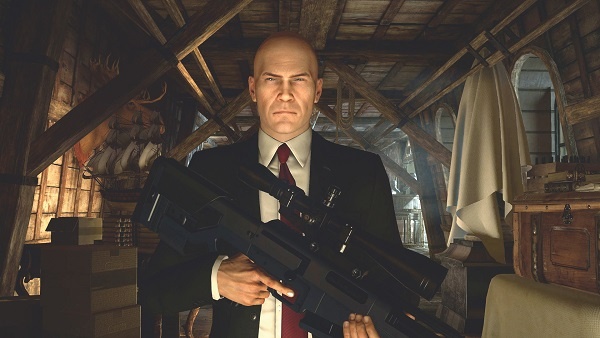 Just like there are different approaches that players can use while completing missions, the game has multiple endings for players to explore. The ending, however, is based on a single decision made during the final mission in the game and isn’t really a secret. In this guide, we’ve detailed everything there’s to know about how to unlock the secret ending in Hitman 3.

Once picked up, go AFK for about a minute or so. At this point, Arthur Edwards will ask players if they’re having second thoughts about the whole thing. It’s only then that the players will get a prompt to inject themselves with the serum instead of Arthur Edwards.

By doing so, the character will faint and wake up to become an assassin for Providence. Unlocking the secret ending in the game will also unlock the ‘A New Father’ achievement/trophy.

For players who aren’t interested in unlocking the secret ending can simply inject Arthur Edwards with the serum or kill him by any means to get the normal ending. The normal ending sees Agent 47 and Diana being together to put up a fight against those who oppress the masses. Players will need to unlock both the endings to attain 100% completion status and earn the Platinum trophy.

That’s all we’ve got in how to unlock the secret ending in Hitman 3. For more help on the game, feel free to check out our detailed Hitman 3 wiki guides.