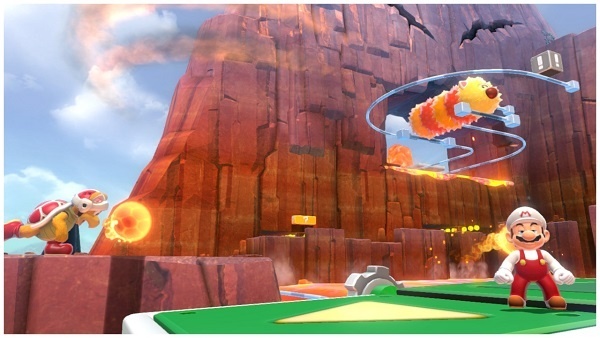 In order to unlock Rosalina in the game, players will need to complete an elaborate questline. In order to get started, the first thing that players will need to do is to beat Meowser, the final boss whom they’ll encounter in the Final Course of World Bowser. Once defeated, all the Sprixie Princesses will build a Rocket in World 1.

Players need to grab this Rocket and take this Rocket to the World Star. Once that’s done, players need to play Rainbow Run. It’s important to run it within a maximum of 400 seconds in order to unlock the second World Star course. Throughout the level, players will need to deal with things like Octogoombas as well as moving platforms.

Once players reach the very end of the course, they’ll meet up with Rosalina as well as Lumas – right next to the flagpole. After that’s done, Rosalina will be added to the list of the playable characters alongside a new course named Rolling Ride Run. Rosalina in the game is a fairly powerful character.

Her signature attack is the very same spin attack that she also has in the Super Mario Galaxy. However, one thing that players need to know is that she gains a decline in speed whenever she uses an ability.