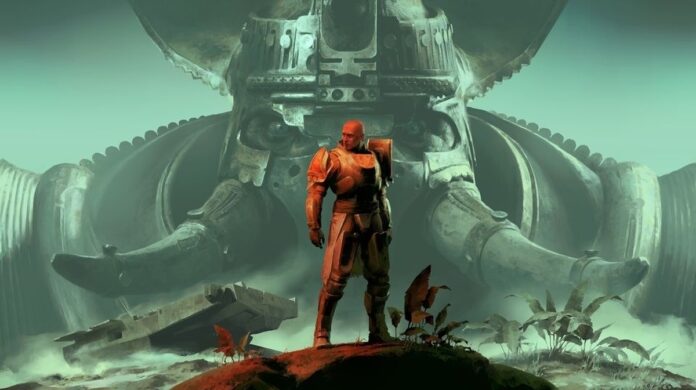 The exotic weapon for this year’s Guardian Games in Destiny 2 is once again the Heir Apparent exotic HMG. It’s a Solar weapon that’s yet to see the light of the day since things like Xenophage, Aranchy, Commemoration, etc. exist. In this Destiny 2 guide, we’ve detailed all there’s to know about how to get Heir Apparent HMG and its catalyst during Guardian Games.

Bungie has, once again, brought a chance to earn Heir Apparent HMG alongside its catalyst. The exotic quest, however, isn’t nearly as difficult as it used to be. Below, are all the steps needed to unlock the Heir Apparent in Destiny 2:

Pick Up the Exotic Quest

First, head over to The Tower and speak to Commander Zavala. Once done, speak with Space Grandma and collect 100 Laurels – do this by playing Crucible, Gambit, or getting ability kills in Strikes while wearing the Guardian Games 2021 class item. Collect 100 Laurels and purchase a Contender Card as well as the exotic quest from Space Grandma.

Defeat 100 Combatants
For this step, players need to defeat 100 combatants with a Machine Gun in the Daily Focus playlist – it rotates daily. While it’s entirely possible to complete it in Crucible and Gambit since defeating Guardians rewards additional progress, it’s incredibly easy to do it in Strikes. Therefore, wait until Strikes are in the Daily Focus playlist and knock it out in literally 10 minutes. Once done, Heir Apparent will become available.

Complete 3 Contender Cards
Again, a really, really easy one. We highly recommend doing the NFs Contender Cards since they can be completed in literally 10-15 minutes. For some reason, Bronze/Silver ones can be a little tougher than the Platinum ones.

Completing the Catalyst
To complete the catalyst, players need to get 700 kills with the catalyst equipped. Things like Shuro Chi encounter, Thrall CP in the Shattered Throne, Altar of Sorrows are really easy to do.

As for the functionality, the catalyst makes the Arc shield a bit buffier and reloads a portion of the magazine whenever the shield is broken.

That’s all we’ve got in how to unlock Heir Apparent HMG and its catalyst in Destiny 2. Feel free to check out our detailed Destiny 2 wiki guides.