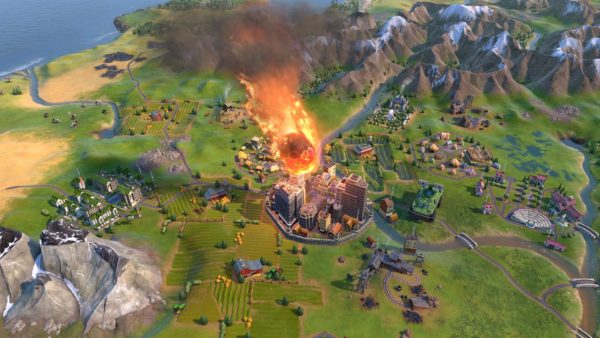 If you want to get domination wins the best way to do it by taking over cities. Domination wins is one of the many features of Civilization 6 and it is extremely important for the growth and expansion of their countries. In war situations, players can invade cities by using their troops to attack major portions like the city center. This enables Civilization 6 leaders to take over a city.

How to a Take Over a City in Civilization 6

The best way to take over your enemy’s city by taking over their city centers. But keep in mind that taking over city centers isn’t walk in the park. Most cities that have walls and encampments will have access to the ranged attacks. These attacks can be powerful defenses against city takeovers. To deal with the ranged attacks you need to destroy the outer defenses of your enemy. The ranged attacks can only fire at troops, not at the enemy encampments. When invading a city, the following units can prove to be quite helpful in Civilization 6.

During the attack, all citizens of the city will start to repair the damage done by you. The city gets 20 points of health back per turn but the damage to their walls can not be undone so easily. A city can only be captured once its defenses and health go down to 0, and a melee unit enters its tile. The city will immediately lose part of its population, and all the city buildings and City Center must be repaired before you can use them at full capacity. The city along with all of its districts will be captured but since a large portion of the population is lost, not all districts will run at full capacity. Destroy all military presence in the city and capture the civilian units. Once you manage to take over a city in Civilization 6, there are three options:

Keep City:  The city will enter the occupied status. Keeping the city will annex the city and its parent territory; warmonger penalties apply.

Liberate City: This option will turn the city back to its original owner but it is only possible if it was captured by another player before. Anti Warmonger bonus applies which will counter Warmonger penalties.

Raze City:  This option will immediately remove the city from the game.

Need more help with the game? Check out the Civilization 6 religion,  relics, and  War Weariness guides.