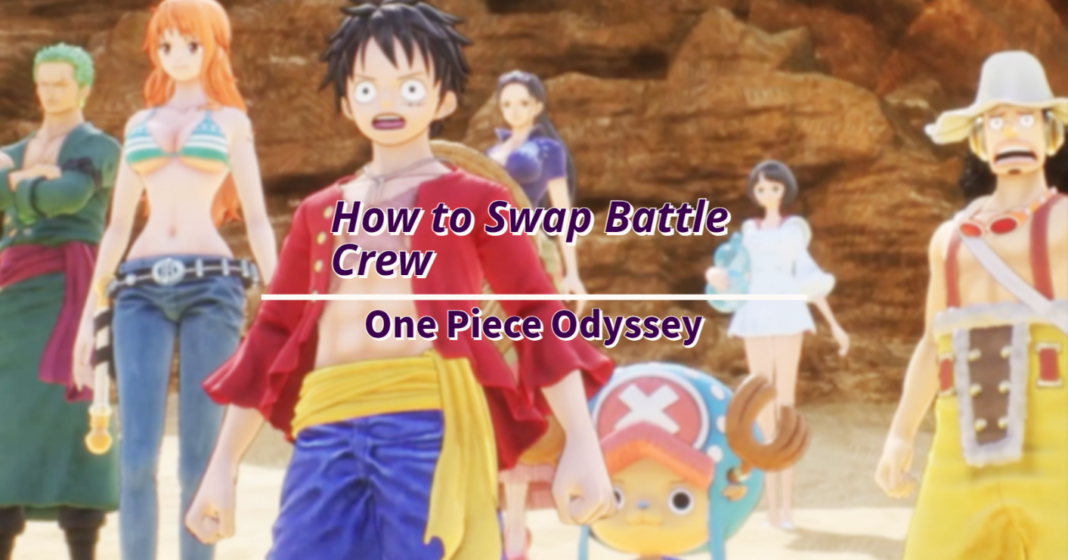 Are you unaware of One Piece Odyssey’s ability to swap characters? Let me enlighten you – this game allows players to interchange their characters easily. Although a tutorial is available for this in-game, many players tend to disregard it and assume it’s unnecessary.

Nevertheless, you can combine this feature with another one from the game – offering an even more engaging playing experience. In addition, the One Piece Odyssey features an advanced battle system that allows you to interchange characters mid-fight according to the situation at hand. In this guide, I’ll tell you how to Swap Battle Crew in One Piece Odyssey.

How to Swap Battle Crew

Amid a battle, switch up your characters using the “Tactics Button” for an edge over your opponent. To Do this, follow the below-mentioned steps:

That’s all you need to know about swapping Battle Crew in One Piece Odyssey. Employ this strategy; you will always have options when playing the game! Good luck on your journey, Captain. Need more help with One Piece Odyssey? Here are some guides you might find helpful: