Home Guides Valheim How to Summon Thor in Valheim 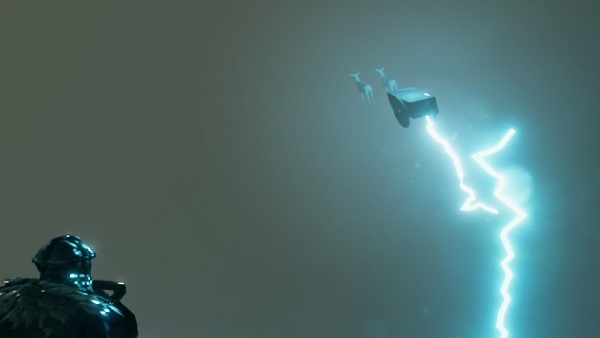 Odin’s Armor isn’t the only thing related to Norse Mythology in Valheim. Provided the right conditions, Thor can also make an appearance in the game. However, it isn’t possible to interact with him as of right now and the entire sequence should be treated as an Easter Egg if anything. In this guide, we’ve detailed everything there’s to know about how to find Thor in Valheim.

Where to Find Thor in Valheim

As for conditions that need to be achieved, some players believe that Moder needs to be defeated to make the Thor appear. On the other hand, some players claim that they managed to get a glimpse of him even before beating The Elder. Regardless of whether Moder needs to die or not, there are a couple of things that are certain.

Also read: How to Get Odin’s Armor in Valheim

To make him appear in the game, it needs to be nighttime alongside thunder. With these conditions fulfilled, all that players need to do is to look at the sky and keep their eyes peeled for Thor riding in his chariot. Maybe we’ll be able to fight him someday – only the time will tell. To see how it looks in the game, be sure to check out this brief video demonstration by Lulle5000 from the game’s subreddit.

That’s all we’ve got in how to find Thor, the god of thunder in Valheim. For more help on the game, feel free to check out our detailed Valheim wiki guides.