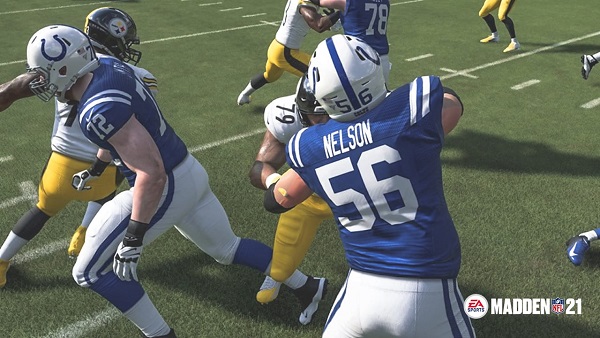 Madden NFL 21 is out now and brings a ton of new elements to the mix. However, there are some that remain the same yet often we forget how to do the most basic things. In this guide, we will explain how to strip the ball in Madden NFL 21.

Many great gameplay elements have been added to Madden 21 but no matter how great the game is you won’t win unless you know how to strip the ball away from offensive players. This is a key element in Madden 21 which is somewhat harder to perform due to new defensive moves EA added this year. Still, the basics of stripping the ball from your opponents remain pretty much the same. You can strip the ball from opponents at a press of a button but it is not as simple as it sounds. The timing needs to be absolutely spot on in order to strip the ball in Madden NFL 21. The best tip we can give you is that you should go after offensive ball-carriers as they are more likely to drop the ball. Defensive players are harder to strip in Madden 21.

If you are on PlayStation press R1 to strip the ball. Xbox users can press RB to strip the ball. Use your best defensive player to go for a strip as they are more likely to be successful. There are some X-Factor abilities like Strip Specialist that help increase your chances of stripping the ball in Madden NFL 21.