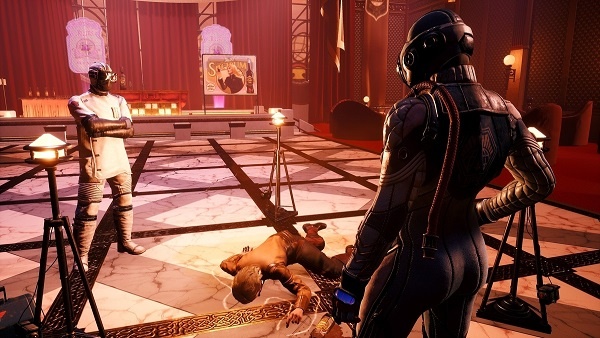 How to Start Murder on Eridanos DLC for The Outer Worlds

The whole process to start the Murder on Eridanos DLC for The Outer Worlds is pretty simple. Needless to say, but the first thing that players need to make sure of is that they own the DLC and have it installed. In addition to this, players must also have progressed through the game to a certain point. To be able to access the Murder on Eridanos DLC, players need to have played the game past Monarch and must’ve completed the Radio Free Monarch main quest.

Once that’s done, players need to return to the ship in order to meet up with ADA. At this point, ADA will have an option to let players watch an Aetherwave Drama. After that’s done, players will be able to jump into the DLC, complete its quest, and enjoy everything that it’s got to offer. However, do note that players aren’t forced into the DLC – they’re completely free to wrap up any pending quests, etc. before jumping in. This also holds true for players with new characters – all that they need to do is to complete the Radio Free Monarch mission.

Another important thing to keep in mind is that the recommended level to play the DLC is Level 30. Lastly, some players are reporting some errors when trying to play the DLC on PC. Simply verifying the integrity of the game files seems to fix the issue for a lot of people.