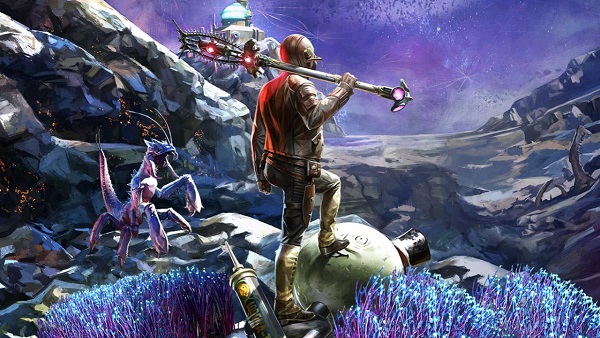 The first story DLC for The Outer Worlds is now available across all platforms. With a brand new story, weapons, armor, and more, Peril on Gorgon is locked behind a brief questline. The said questline is fairly simple to follow along but since there aren’t any markers, it can leave some confused. But before begin, you need to ensure that you’ve successfully bought and patched Peril on Gorgon. In this guide, we’ll walk you through everything you need to know about where to start Peril on Gorgon expansion in The Outer Worlds.

Where to Start Peril on Gorgon in The Outer Worlds

Firstly, while you’re on the main menu, check the bottom-right corner of the screen to see if ‘Peril on Gorgon’ is properly installed and updated. After ensuring that the DLC is properly patched, start the game, and fast travel to the Unreliable.

Once you’re on the ship, head over to the terminal and travel to another location of your choice. After arriving at the new location, you’ll find yourself conversing with a delivery guy who will place a box on your ship. Accept the quest named ‘The Ones Who Walk Away from Gorgon’ which has you find the HPS box on your ship. Once you’ve found the box, follow along the questline to arrive in Gorgon and start the Peril on Gorgon.

In case you didn’t do it or somehow deleted it, you’ve got no other option but to start a new game and play through until you complete the Radio Free Monarch questline. If you aren’t interested in another playthrough and just want to experience the DLC, you should be able to find a save file online.