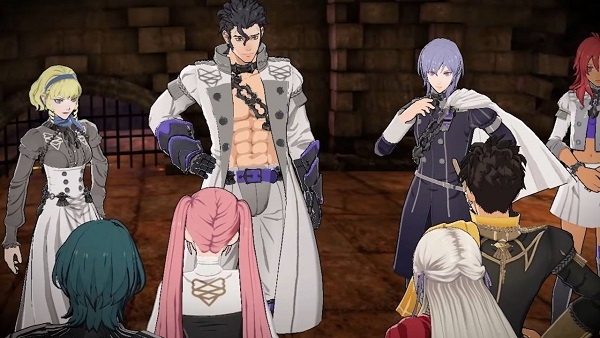 The new Cindered Shadows DLC for Fire Emblem: Three Houses brings a campaign that’s completely separate from the main storyline. It chronicles the journey of students belonging to the house of Ashen Wolves from the Abyss. To help get started on your journey, we’ve got this little guide that will tell you how to start the Cindered Shadows DLC.

How to Start the Cindered Shadows in FE: Three Houses

Since the campaign of Cindered Shadows is completely separate from the main story of FE: Three Houses, starting the new DLC is fairly straightforward. After starting the game, you should see “Side Story” in the main menu.

This should start the standalone storyline for the Cindered Shadows. I should also mention it here that even though the DLC’s storyline is separate from the main game, it doesn’t mean you can’t recruit the Ashen Wolves characters in your playthroughs of the game.

Recruiting them is quite simple. You need to progress through Episode #1 of the DLC until you see the characters from Ashen Wolves in Garreg Mach Monastery. From there, you should be able to recruit them like you’d any other character in FE: Three Houses.

To learn more about these new characters, their likes, dislikes, strengths, weaknesses, and personal abilities, check out our Ashen Wolves Characters Guide.

Lastly, those of you who haven’t already, you can get the Cindered Shadows DLC by purchasing the Three Houses Expansion Pass from the Nintendo eShop for $24.99 USD. Once purchased, you’ll have to update your game before diving into the DLC.

And that’s everything we’ve got in how to start the Cindered Shadows DLC storyline in Fire Emblem: Three Houses. For more on the game, check out our FE: Three Houses guides page.