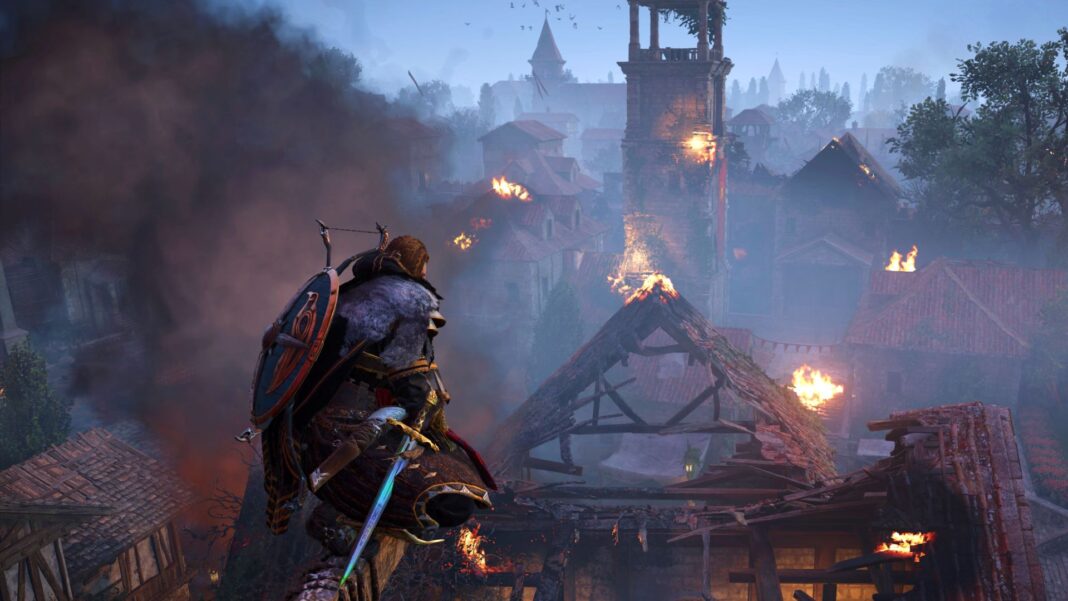 The biggest game of 2020 has finally received its long-awaited DLC pack. Known as the Siege of Paris, the new DLC brings a ton of new content and some story elements you’ll love. However, what good is the DLC if you don’t know how to start it? In this guide, we will discuss the details you need to start Siege of Paris DLC in Assassin’s Creed Valhalla.

Assassin’s Creed Valhalla: How to Start Siege of Paris DLC

The DLC should be out for most of you but if not, be patient because the launch times vary depending on your region and the platform you are playing on. You can check out the following image released by Ubisoft that will help you understand the launch times, platforms, and digital stores.

When you have the DLC downloaded, boot up the game and when you enter the open world, a letter from Randvi will appear on the screen. Some people of Francia are asking for Eivor, explains the letter.

To reach France you first need to complete a mission called “Stangers Bearing Gifts.” After you complete the mission you will be able to travel to France and properly start the Siege of Paris DLC.

And that’s everything you need to know on how to start the DLC. Need more help? Visit our Assassin’s Creed Valhalla Wiki.