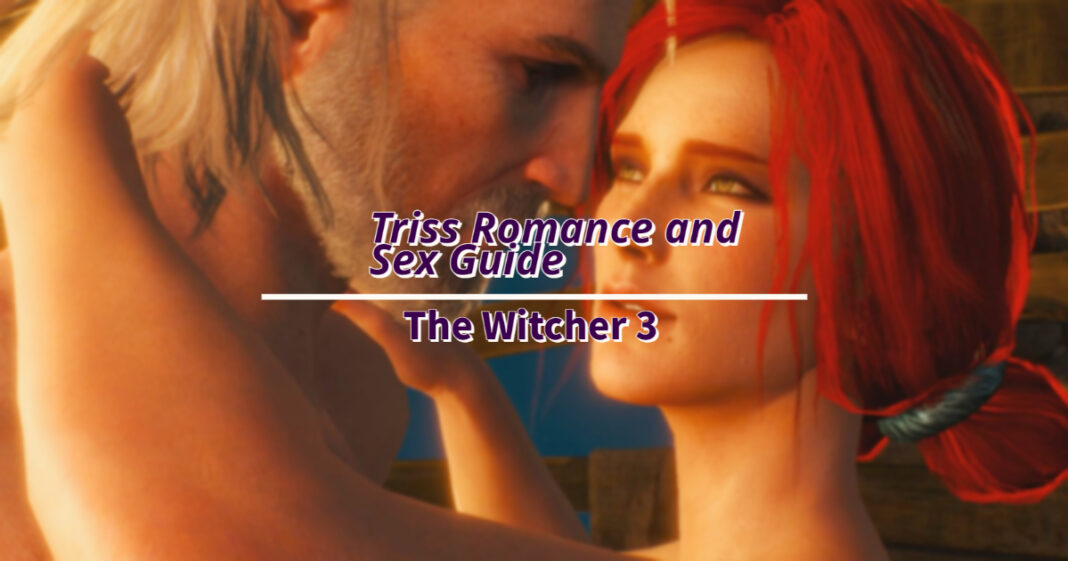 Triss Merigold of Maribor, also known as the Temerian sorceress and Geralt’s love interest, provides yet another exciting opportunity for romantic exploration in The Witcher 3: Wild Hunt. Although Triss and Yennefer are close friends, they both crave Geralt’s affection, so the Witcher has a choice of who he wants to be with. Are you captivated by Triss in The Witcher 3? If so, this guide will tell you exactly how to Romance her.

Romance Triss in The Witcher 3

To romance Triss, you must complete her side quests – though these will only be unlocked once the “Count Reuven’s Treasure” main quest in Novigrad has been completed. Completing the main quest brings Geralt to a point where Triss invites him for a discussion, thus initiating the set of quests he must complete to romance (and have sex) with Triss Merigold. This brings him closer to his objective of making Triss his partner. Two quests decide if Geralt can end up in a relationship with Triss:

Note: Before starting the main quest, “Isle of Mists,” you must complete two optional quests: “A Matter of Life and Death” and “Now or Never.” Otherwise, all your progress will be lost, leaving you no opportunity to romance Triss.

“A Matter of Life and Death” Side Quest

To begin a romantic relationship with Triss, you must complete the side quest “A Matter of Life and Death.” On their mission to save the alchemist, Geralt and Triss attend a masquerade where they attempt a rescue mission. Geralt and Triss will converse while sitting on a bench; here, you need to compliment her by calling her a charismatic leader or comparing her eyes to stars.

When Triss unexpectedly ventures into an intricate garden maze, Geralt is swift in pursuit, eventually discovering her near a fountain. When she falls in Geralt’s arms, choose the option to kiss her. Upon selecting the right choice, a romantic setting will commence with blazing fireworks in the backdrop. Thus concluding your passionate journey alongside Triss Merigold as you embark on an enchanting quest.

“Now or Never” Side Quest

After conquering the first quest, “A Matter of Life and Death,” it’s time to take on the next challenge: “Now or Never.” In pursuit of his mission, Geralt partnered with Triss to rescue the Novigrad mages and ensure their safe passage to port. As Triss attempts to depart in her boat, a conversation box appears. To express your love for Triss, select the “Stay with me” option and choose the “I love you” dialogue.

Djikstra’s love story is about to unfold – Triss won’t go away but instead chooses to stay beside you. You both venture off together towards the lighthouse ablaze in the night sky, and a romantic moment begins.

Every dialogue option you think is either a compliment or helps Triss in her situation will eventually lead to a romance. Select options that express or hint at how Geralt feels and help Triss in all her endeavors.

That’s all you need to know about how to romance Triss in The Witcher 3: Wild Hunt! I wish you the best of luck on your romantic journey with Triss Merigold. May you and your beloved remain happy together for many years to come! Enjoy!