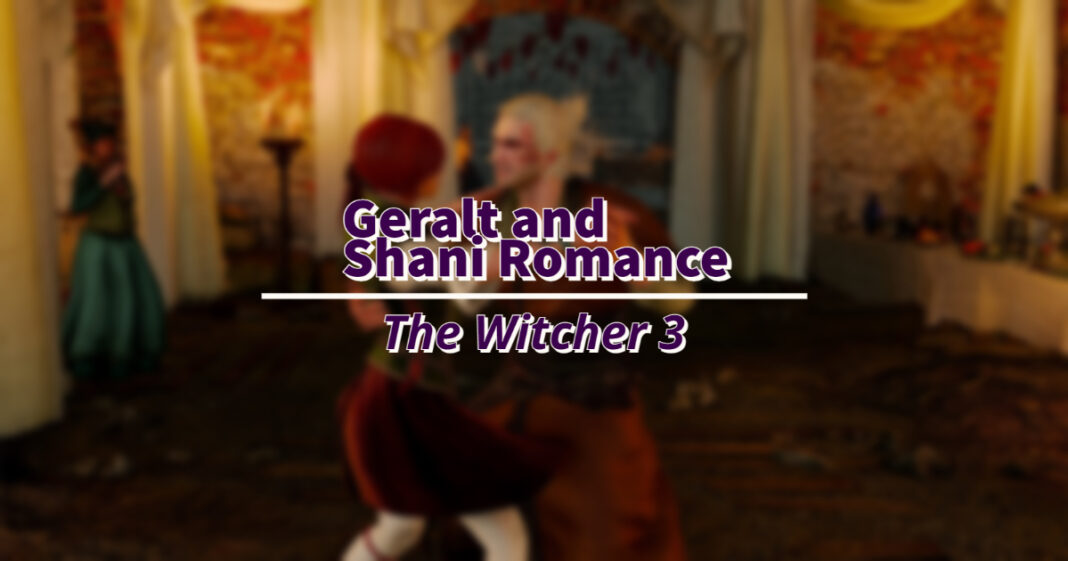 For Redania’s sake, Shani bravely volunteered to tend to the wounded soldiers on the battlefield during Nilfgaard’s invasion of the North. You discover Shani, the physician-in-residence at her clinic in Oxenfurt with the “Hearts of Stone” expansion. Shani and Geralt have been friends for a long time, but as their relationship progressed, they eventually developed mutual romantic feelings that led to sex in Hearts of Stone DLC. In this guide, I’ll tell you how to romance Shani.

Romance Shani in The Witcher 3

Compared to Triss, Yennefer, and Keira Mertz, romance with Shani is much simpler – all your heart’s desires can be achieved in one quest. During the “Dead Man’s Party” mission, Geralt and Shani join forces to attend their common friend’s wedding. Unfortunately, as he seized control of Geralt, Vlodimir von Everec would be exposed as an intruder at the wedding ceremony. But his disruption doesn’t end there; Vlodimir even goes so far as to harass Shani, and Geralt can step in.

The wedding creates an emotional connection between the two, leading to a romantic scene. When the wedding festivities conclude, an exciting new mission – “A Midnight Clear” quest – will become available.

Your objective in “A Midnight Clear” is to bring a sense of joy to Shani and allow her the opportunity to let go of past hardships. To dig deeper into Shani’s character, you will need to access her entry to better understand her likes and dislikes.

That night, she revealed to Geralt her passion for Rowan plants. Using the power of Witcher Senses will enable you to discern what Shani likes, including a bottle of mead. To win her heart, Rowan Berries are the answer! If you can locate them in the vicinity and gift them to her, they’ll adorn her hair and make it beautifully radiant. All that remains is for you to explore your surroundings with keen eyes.

Once you’ve found the perfect gift for Shani, track her down in the barn. Afterward, Geralt and Shani can stroll together, and an intriguing conversation will arise. Choose the following options:

Follow the options mentioned above during the dialogues; otherwise, you will lose the chance of doing a romance with Shani. That’s all you need to do to romance Shani in The Witcher 3.