Home Guides Outriders How to Replay Missions in Outriders 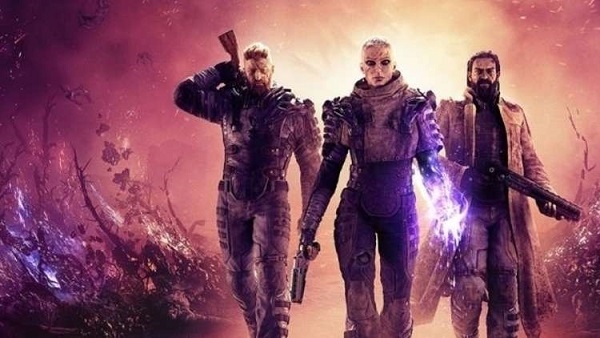 Replaying completed missions in Outriders is a good way to progress through the World Tiers and farm a lot of loot along the way. While doing so is pretty straightforward, it can surely leave some in confusion since it isn’t made clear in the game. That’s where this guide comes in. In this Outriders guide, we’ve shared all there’s to know about how to replay missions in the game.

How to Replay Missions in Outriders

Before we continue with the guide, do note that it’s possible to replay both the Story Missions and Side Quests. Since the game is a looter-shooter at its core, replaying completed missions to farm for better gear is an important mechanic. Thankfully, it isn’t hard to do.

First of all, let’s talk about replaying Story Missions. To replay a Story Mission, go to the Main Menu and click on “Select Story Point” on the left-hand of the menu. This will display a list of all the completed missions that can be replayed. This can be done to replay a mission on a higher difficulty setting, to tackle it differently, to get a specific loot drop, and to increase the World Tier.

Once done, simply click on “Select Story Point” again to return to the previous point.

Side Quests, on the other hand, work a little differently. In order to replay a Side Quest, find the NPC that gave it the first time. During the conversation, select the “Replay Quest” dialogue option to replay the specific Side Quest again. It’s all pretty easy.

As mentioned earlier, replaying missions in the game is needed to progress through the World Tiers. It’s by progressing World Tiers that players are able to farm for higher-tier loot, face against tougher enemies, fight bosses, and basically reach the endgame so it’s all worth it in the end.

That’s all we’ve got in how to replay missions in Outriders. For more help on the game, feel free to check out our detailed Outriders wiki guides.