Home Guides How to Recruit Players in Teamfight Manager 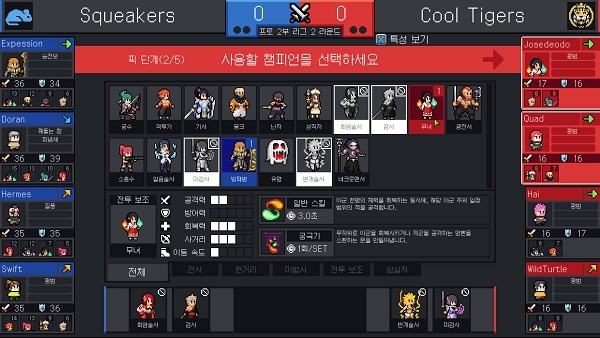 Recruiting players is the best way to increase your team’s capabilities. It will allow you to search for players that can come on board immediately, rising stars with a great future ahead or veterans with a legacy. If you are looking to get some wins in matches, it isn’t possible without recruiting players appropriately.

To recruit players, open the “Team” tab at the bottom left. From there, you can search for new players in Teamfight Manager and recruit the ones you like. You can recruit Local Talent, Scout Dispatch, Rising Star, Veteran, and Super Rookies.

Scout Dispatch: Look for young players with promising futures. They possess skills of highly ranked players in the Semi-Pro League.

Rising Star: Look for young players with promising futures. They possess skills of highly ranked players in the Semi-Pro League and have high growth potential.

Veteran: Find well-known players with strong career backgrounds. They possess skills of highly ranked players in the Div 1 of Pro League but have low growth potential.

When you hit the search button, it will take some time as well as money to search for the right players. Super Rookie is the most expensive to search and you need to upgrade your facility to expand recruitment features. You need to win matches to get funds for recruitment.