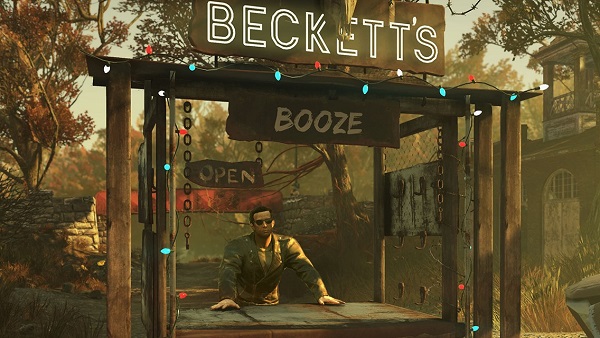 How to Recruit Beckett in Fallout 76

Once you reach level 20 it is time to recruit Beckett. Once you are on the west side you will get a request to assist this man out of prison. He is locked in the Blood Eagle prison which is located at the Rollins Labor Camp. You can find this camp between Mount Blair and Lewisburg on the south-western edge of the map. You can find the prison within the giant crane at the camp.

Head inside you will see Beckett locked in his cell but you need a key to open the cell and get him out. Speak with Beckett and he will tell you where the key is. It is inside the building on the third floor inside a crate. Avoid engaging the Blood Eagles unless you have a higher level than the enemies. Once you have the key rush back to Beckett. Get him out of the cell and he will ask you to get his gear back. Now you need to go south of the Sludgeworks POI, which is south of where you are. Reach the location, kill the enemies, and take Beckett’s gear from the shack. Now all you need to do is get back to your C.A.M.P and build Beckett’s bar to recruit him and start accepting his quests.