Home Guides How to Rebel Against the Imperium in Stellaris 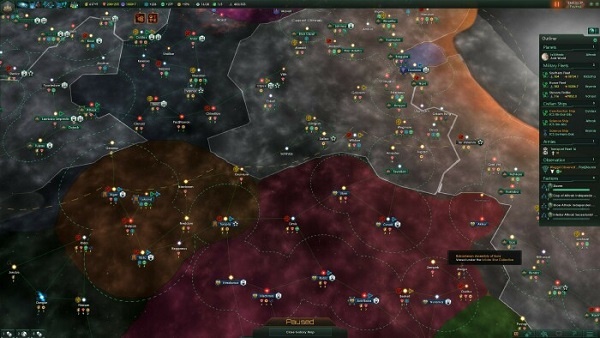 In Stellaris, the Imperium is the top dog and while it is not wise to go after them, especially if you are not prepared, you can at point trigger a rebellion against them. However, you’ll need to lay down a strong foundation for this purpose. You need intel, you need factions, you need a strong empire that can challenge the Imperium. If you think you are ready, below is everything you need to know on how to rebel against the Imperium in Stellaris.

How to Start a Rebellion Against the Imperium

You will need to complete extra operations including weakening their grip on other empires and triggering a rebellion.

Once you have enough intel and a ton of assets and resources, you can select the Spark Rebellion option. This option works the same way as other espionage options as well but once this is done, you will be able to trigger a mass rebellion against the Imperium.

You can then go after many of the Imperium’s allies and then finally, the Imperium itself. You will need plenty of warships and factions that consider you an ally in Stellaris.

And that’s everything you need to know on how to start a rebellion in Stellaris. Need more help? See how to increase influence.