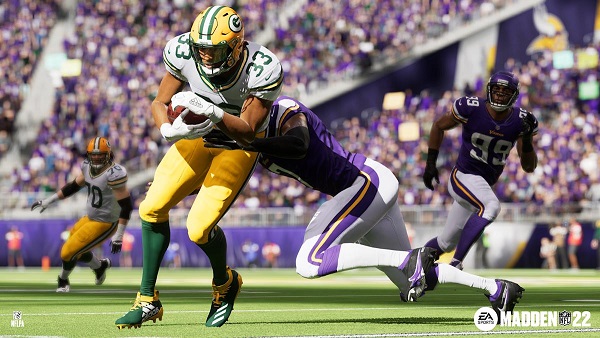 Being an effective quarterback in Madden 22 requires you to have pinpoint accurate reflexes and being able to move freely inside of your pocket on the field. However, pumping a fake is just as important and this is how you can do so in Madden 22.

You, in the previous Madden articles, could pump those scythes who were holding your receivers to interrupt their jump by pretending to pass the ball to their receiver that they were blocking. Players could utilize this strategy and let the catcher make a wide shot by seeing the clearance.

You can also fake bomb by pressing RB on Xbox consoles. If you are playing on a PlayStation, then you need to press any buttons on top of the R1 buttons (Cross, Circle, Rectangle, Triangle) buttons.

You should keep in mind to press the respective button of the receiver that you want to fake quickly. If you do not press it quickly the second time, your character might make the pass. You can also use dummy bomb to make the defender cancel the pitch and run into a disadvantageous position.

This is all we have got on how to pump a fake in Madden NFL 22. Need more help? See Face of the Franchise, How to Change Camera, How to Do Lateral.