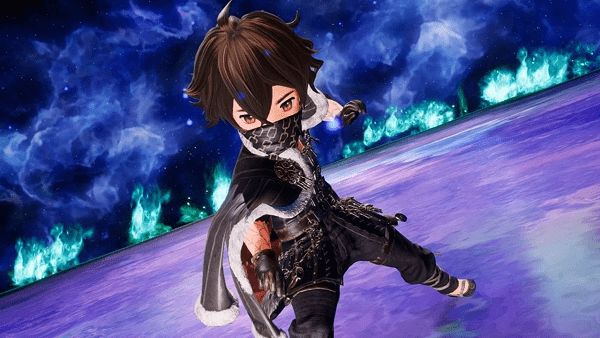 At the start, you only have access to basic cards and you start at Rank C. Once you win a few rounds you will get more cards. Start the match at the Gambling Hall, flip the coin to decide who goes first. The final step is to pick the card deck, each player lays down 6 cards, and the one who has more control over territory by the end of the match wins.

Cards have green colors that represent the area they control. Meanwhile, there are special cards such as the job cards come with special additional powers. Character cards on the other hand are even more powerful, they are permanent until overridden by other character cards.

There are multiple methods you can use to win the B n’ D Minigame in Bravely Default 2.

Pay attention to the green squares on the selected cards. If you can play one of the squares to overlay an enemy square, the card in question will revert to unoccupied status when played.

If you manage to surround enemy squares horizontally, vertically, or diagonally between your own to make them your own. Use the flanking method to take over enemy territory all at once.

Once you manage to claim all cards from the enemy, set rules when taking on that enemy. This allows you to dictate the terms of engagement the next time you come face to face. Keep in mind that you can’t claim any additional cards from the opponent you defeated and claimed all the cards already.

Some rules offer additional points so make it a challenge for yourself. When you graduate to Rank B matches will have pre-made rulesets.