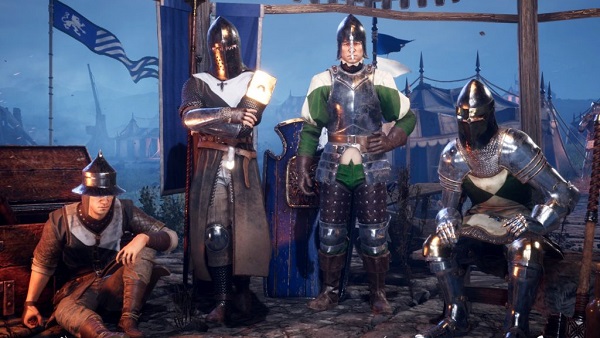 Out of all four classes in Chivalry 2, Footman is the most beginner-friendly. It’s a support class that excels in self-sustain and keeping teammates alive. Despite being a beginner-friendly class, there are a couple of things that can take it up a level. In this guide, we’ve detailed all there’s to know about how to play as Footman in Chivalry 2, best subclasses, and some tips to make it better.

Being a support class in Chivalry 2, Footman is all about helping out allies whenever required. The class provides a decent balance of speed and tankiness – something that other classes seem to lack.

The class has no trouble when it comes to survival, thanks to the Bandage Kit. It can be used to heal and even revive allies. All the subclasses can also use the Sprint Charge skill.

When activated, the Footman barrels down toward a foe to knock him down. It’s also a lot easier to control as compared to Leaping Strike. On the flip side, Sprint Charge lacks a little when it comes to damage as it deals somewhere around 90-ish damage.

Similar to other classes in Chivalry 2, Footman has three subclasses – Poleman, Man at Arms, Field Engineer.

Out of all the subclasses for Footman, the Poleman boasts the longest range. Poleman’s thrust attacks have incredible range and also get a flat +25% damage from the Sprint Charge. In addition to this, Poleman can also place traps to hinder foes. It’s also the sole subclass that can tackle enemies.

This one is an ideal subclass for people who like to move around the battlefield a lot quicker. The subclass is equipped with a shield/weapon but both of them leave a lot to be desired. In addition to this, it’s also got short cooldowns, making it hard to pin.

As the name suggests, the Field Engineer deals increased damage to objects. The subclass is all about creating barricades and traps. On top of it all, it also heals for +25% HP whenever it heals a teammate. As for the weapon, it’s equipped with a Sledgehammer and nothing else. Therefore, don’t expect to cause havoc on the battlefield.

This is all we’ve got in our Chivalry 2 Footman guide. For more help on the game, feel free to check out our detailed Chivalry 2 wiki guides.