Home Guides How to Play as a Goalkeeper in FIFA 22 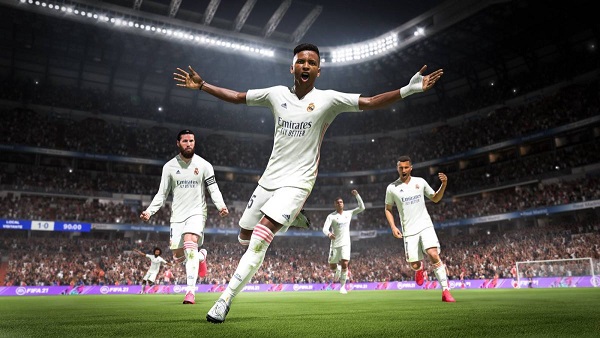 Goalkeeping is the most crucial aspect of a team. A goalkeeper is the one who prevents the opponents from scoring a goal against his team. You will be relying on your goalkeeper to stop the enemy from scoring the goal after the enemy team breaks through your defenses. This guide will help you know how you can play as a goalkeeper and save your team from the extensive pressure from the opponent team’s goals in FIFA 22.

FIFA 22: How to Be a Goalkeeper

There are several techniques that you would love to learn if you are willing to play as the goalkeeper for the team. These techniques are as follows:

Passing the Ball to the nearest teammate.

This technique lets you pass the ball to the nearest teammate for the safety of not letting the ball get into the opponents’ hands early on. This is a common move

Getting out of the line.

Moving the goalkeeper out of line is a rare scenario and extremely situational. Players usually do this strategy to resist the opponent striker from scoring the goal. To push forward as a goalkeeper, you need to press the ‘Triangle’ button on PS and ‘Y’ on the Xbox consoles consecutively.

Defending against a penalty kick is pretty easy in FIFA 22, as you are mostly dependent on your movement. So, we’d recommend you not make your goalkeeper thicker instead he should be slimmer and faster.

Throwing the ball is usually intended to push attackers behind on the field. This strategy is useful if you have a player or two around the corners to throw the ball towards them and go for the goal.

Drop kicking the ball is the least working strategy of all as you don’t know what outcomes are you going to face when the ball hits the ground. Your target is to make the ball reach the middle of the pitch, which is what you are uncertain of.

All in all, you need to be an efficient and beneficial goalkeeper for your team. So, you’ll need to practice, as it is the only thing that’d make you a perfect goalkeeper in FIFA 22. Need more help? See Skill Points Farming, Levelling Tips.