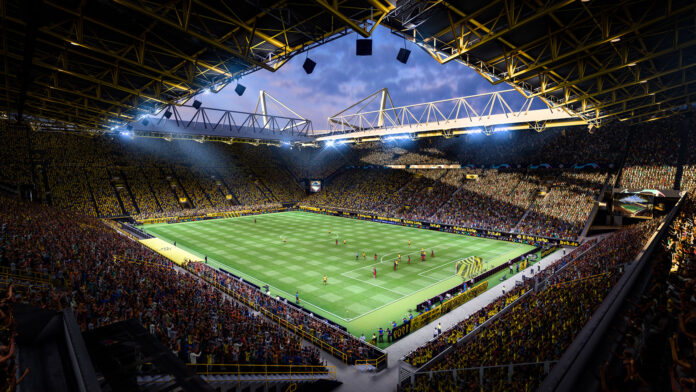 The new skill moves are some game-changing mechanics in FIFA 22. These moves can be extremely situational sometimes but add a new level of wholesomeness to the game. You will be expanding your skills of handling a ball on the pitch. This is how you can perform all new skill moves in FIFA 22.

There are various new skill moves, perhaps the most fascinating ones are:

To perform the Four Touch Skill, you need to interact with this combination of keys: Hold L2/LT + Flick RS back (Twice).

The player spins at a 180 angle and touches the ball one more time. This move is also effective in bait opponents and to make an opening for you.

To perform the Skilled Bridge, you need to interact with this combination of keys: Hold L2/LT + Tap R1/RB (Twice).

The skilled bridge is the move that would knock the ball past any defender in the field. This attack will have the same success ratio as its consistent version in the last year of the FIFA franchise.

To perform the First Time Spin, you need to interact with this combination of keys: Hold L1/LB + R1/RB as the player receives the ball.

This move allows you to create an exit and pass the ball to a teammate. You can also use First Time Spin to shoot the ball or cross it on the field.

To perform the Scoop Turn Fake, you need to interact with this combination of keys: When the scoop turns, hold LS in the opposite direction and this is the combination of buttons (LS + ▢/X then X/A).

This is the skill move that the players will high skill cap are going to be able to perform in FIFA 22. This is a fake cross and gives you an edge in the game.

These were all the new best skill moves that you can perform in FIFA 22. Need more help? See How to Get Hero Cards, Errors and Fixes.