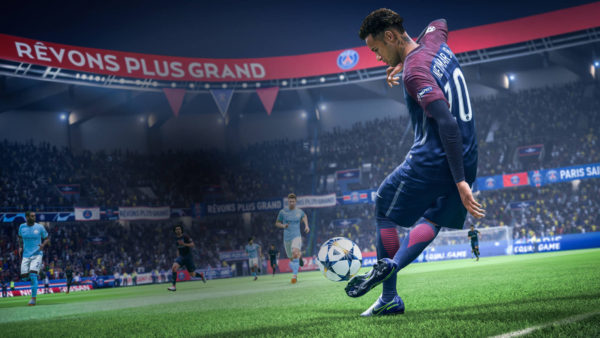 Our guide will help you with passing the ball in FIFA 20 along with tips on different passing techniques that can be used to your advantage.

Passing is an important maneuver in the FIFA franchise and FIFA 20 is no different. Planned out passes can help you win the match and here we will explain how to pass the ball in FIFA 20 in different scenarios.

Before we start, let’s go through some of the basics on passing in FIFA 20. Firstly, plan ahead your passes and make sure that you are passing the ball at a right pace or speed so that it doesn’t slow down before reaching the player. This is important in the FIFA 20 Volta mode which a bit fast-paced compared to normal matches.

This is a common passing technique used in FIFA 20. As the name suggests, this particular technique is only to pass the ball to players who are close to you.

To initiate a short pass, just press the ball pass button and direct the ball into the direction of the player you want to pass the ball to. Also, remember to pass the football in FIFA 20 with reasonable strength. If the kick is too strong, it’ll miss the player and the opponent will have an advantage over you.

This passing technique in FIFA 20 is to shift the game to the other side of the pitch. However, you have to be sure that a long pass will make to its destination and not to an opponent.

To make a long pass, press and hold the pass button for a little while and directing the ball towards the players you want to pass. Again, you have to be sure that the ball will get to the player you intend to have and not be intercepted by the opponent midway.

Backheel pass is a useful passing technique especially when you have no other option but to withdraw the ball or to pass to the player behind you. However, it’s not set in stone that this passing technique in FIFA 20 has to be used in this particular scenario.

You can integrate the Backheel strategically into your attack. Just make sure the player you want to the pass the ball is behind you. To use this technique, press the pass button with the tempo control button and direct it towards the player.

Through ground pass to a running player is a great way to surprise your opponent’s defense and opens up the opportunity for a goal. Using this passing technique perpendicularly is very effective and I would recommend players to use it more often.

However, make sure the strength of the kick is not more than necessary as the move just might end up in an offside kick. To use this passing technique is FIFA 20, press the perpendicular pass button and choose the direction of the pass.

Lob pass or overhead pass is a useful technique if you are in the mood of attack or just countering the opponent’s attack. This passing technique can be used to pass the ball in a section of the ground which is less occupied by the opponent.

This can open up the opportunity for a goal. To make the Lob pass, press the throw button and choose the direction of your Lob pass. Also, keep an eye on the strength bar to make sure the ball doesn’t go too far or falls too short.

As the name suggests, this is a combination of through and lob pass in FIFA 20. This passing technique is particularly useful if used perpendicularly while playing close on in penalty area to create a one-on-one situation with the goalkeeper.

To use this passing technique, press the button for through ground pass, the modifier, and choose the direction of the pass.

That is all for our guide on how to pass the ball in FIFA 20 with tips on different passing techniques. If you are interested in learning more about the game then you can check out our Skill Moves guide. You can also check out our FUT Coins Farming Guide.