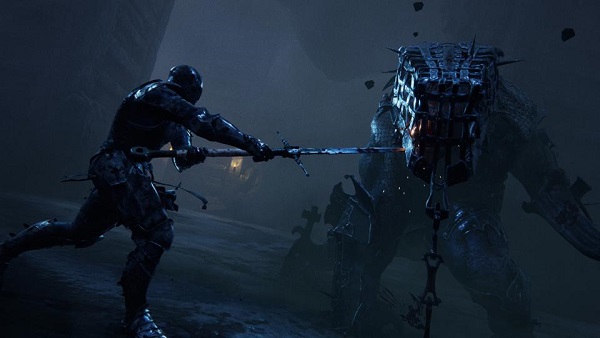 FromSoftware’s games, from which Mortal Shell draws inspiration, put a huge emphasis on parrying. It’s a mechanic that involves deflecting an attack followed by a powerful riposte and is entirely dependent on your timing. In this Mortal Shell guide, we’ve detailed everything you need to know about how to parry and some tips to perfect it.

How to Parry in Mortal Shell

Parrying has a couple of effects in Mortal Shell. Not only does it let you land a high damage blow called an Empowered Riposte but it also heals you. You unlock the ability to parry after acquiring the Tarnished Seal from the Fallgrim Tower. Once acquired, you’ll be able to parry by pressing L1 or LB. However, it’s easier said than done – the timing to do so is incredibly strict.

If you’re coming from Sekiro or SoulsBorne, you’ll probably end up being frustrated because of the timing. To land a successful parry, you’ll need to press L1/LB approx. 0.5 seconds before an enemy lands the attack. Again, this is something you’ll need to practice a little before you can get it down consistently.

If landed successfully, you’ll also heal yourself. Healing yourself, however, requires you to have at least one stack of resolve. You earn resolve by defeating enemies and taking damage. Without any stack of resolve, you’ll still be able to stagger enemies with a parry and even land a few hits but they won’t heal you. There are other effects related to Empowered Riposte that you’ll unlock as you progress through Mortal Shell.

Lastly, remember that not every attack in MS can be parried. Similar to Sekiro and SoulsBorne games, there are some unblockable attacks that you’ll need to dodge to avoid taking damage – they can’t be parried. Once again, your Tarnished Seal will warn you if an enemy is about to land an unblockable attack. Since parrying in Mortal Shell is a high risk, high reward maneuver, we recommend practicing it against fodder enemies and not actual bosses due to the sheer amount of damage you’ll take if you mistimed it.