Home Guides Chivalry 2 How to Parry in Chivalry 2 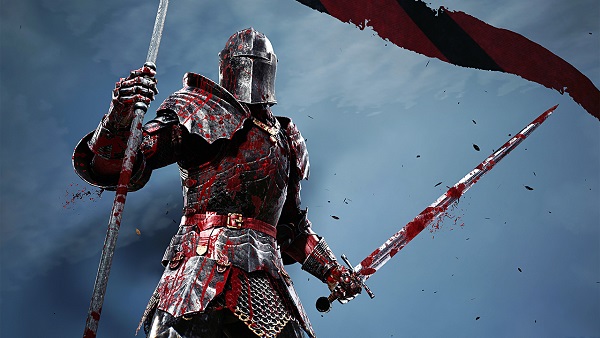 There are a lot of different combat maneuvers in Chivalry 2. Among these maneuvers, parrying is one of the strongest ones. Titles like For Honor, Mordhau, and even the original Chivalry had the parry mechanic. But how does one a perfect parry in Chivalry 2? That’s where this guide comes in. In this guide, we’ve shared some tips and tricks to help people learn how to parry perfectly in Chivalry 2.

Parrying in Chivalry 2 lets a character do a perfect dodge and get into the attack mode afterward. Performing it is rather simple – it’s all about timing.

While facing an opponent, press the RMB at the exact time the opponent attacks. If done at the right time, the character will dodge the incoming attack and prepare himself for a counter-attack. At this point, use the LMB to land a hit before retreating.

One important thing to note about parrying is that it costs a lot of stamina. This prevents people from abusing the mechanic. It’s a good idea to mix different combat maneuvers instead of focusing on one. Things like a feint, etc. can also be beneficial in certain situations.

Another thing that is good is to avoid taking fights in a group. One-on-one battles are far easier to manage. Also, do note that it’s possible to break opponents’ defense with a kick. In the end, the outcome of a one-on-one also depends on the class being used since some classes are clear counters to some others.

Parrying in the game requires a lot of practice, timing, and patience to pull off. Keep at it and it should become a second nature of sorts.

This is all we’ve got in how to perform a parry in Chivalry 2. For more help on the game, feel free to check out our detailed Chivalry 2 wiki guides.