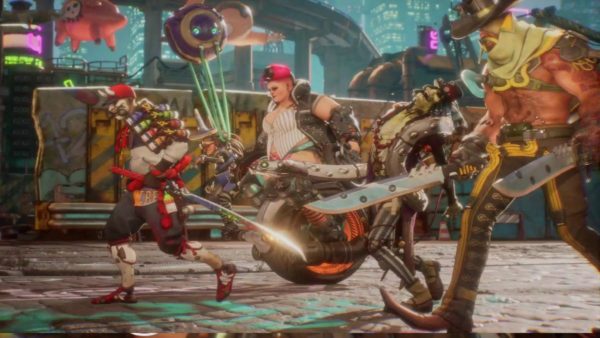 When you hear of Ninja Theory, you think of games such as Hellblade, Devil May Cry or even Disney Infinity. Their latest game called Bleeding Edge is a step in a new direction of game design. This is a cooperative brawler where teams of four are required to work together to complete certain objectives. In this class-based title, some characters focus on melee combat more than others. Hence in this guide, we are going to discuss how these characters can perform the parry action in Bleeding Edge.

Parrying is a really high skill move that will fully block incoming damage, this action can be responsible for gaining the upper hand in a 1v1 situation.

To perform a Parry in Bleeding Edge, you will need to press RT as soon as an attack is about to hit. On a successful attempt, you will negate damage. However you cannot move when trying to parry, otherwise, you’ll perform an evade maneuver instead of a parry which will cost you stamina.

Parrying is something you should focus on when it’s down to a 1v1 situation. It is definitely hard to pull off amidst all the chaos when there are many fights taking place.

If you are interested in learning more about the game then you can check out our guide on how you can use emotes. If you need more help with the game check out the Bleeding Edge Wiki.