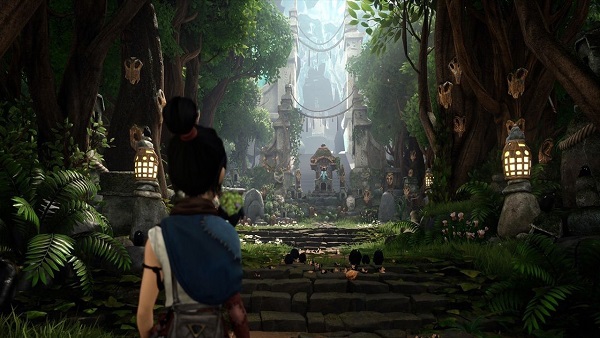 Parrying enemy attacks is a useful ability to have in Kena: Bridge of Spirits with many other essential abilities. The game has delivered some surprising results with great exploration of the world and difficult enemies to deal with. You are going to need to parry attacks a lot more often, so this guide will help you in knowing how exactly you can do this.

Kena Bridge of Spirits: How to Parry Attacks

Parrying an attack in Kena: Bridge of Spirits is not that difficult. All you need to do is press the relative button for your shield ability, just before the enemy hits you. Doing this will stun the attacker, push them backward, and slow down the time for a split second for you to counter-attack the enemy.

You can level up and upgrade Kena’s abilities to use special parry attacks as a counter-attack towards an enemy. This special attack retaliation will push the enemy backward and also deal some damage.

The game offers a whole new variety of bosses and enemies with unique attack types, so you will need to have a firm grasp on the controls and a detail-oriented eye to outwit your enemies in the battle.

After spending some time in the game, you will notice that parry is an invaluable ability and you will be using it a lot. If the parry fails, you need to keep an eye on your shield, as it would turn red from blue when about to break.

This is all that there is to know about Parrying attacks in Kena: Bridge of Spirits. Need more help? See How to Use Photo Mode, Fishing Shrine Puzzle Solution, Sprout Captain Boss Fight.