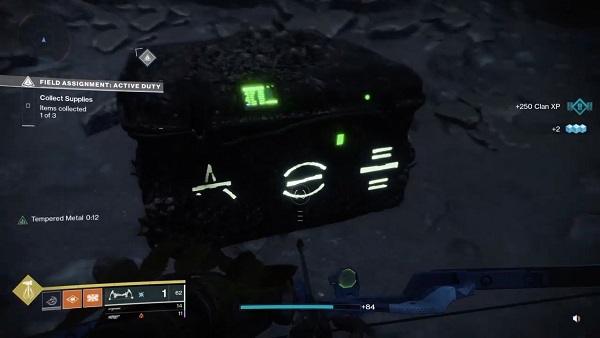 While exploring the Moon in Destiny 2 Shadowkeep, you’ll come across some chests with three Hive symbols etched on them. These black chests are different from planetary Region Chests and random Treasure Chests. When approached, you’ll find these Hive Chests locked with seemingly no way of unlocking them. Luckily, there aren’t any complex mechanics involved in unlocking these mysterious Hive Chests. Here’s how you can unlock Hive-symbol chests on the Moon in Shadowkeep.

How to Unlock Hive Symbol Chests in Destiny 2 Shadowkeep?

These mysterious chests are often found in hard-to-find places (completely random) but the process of unlocking them remains the same. Once you’ve found one of these chests, take a closer look at the three symbols etched on the chest and remember their order – from left to right.

Continue to shoot these symbols until you notice green-ish smoke erupting from them. After you’re done, return to the Hive Chest and you should be good to open it up and claim the rewards inside.

Hive Chest Rewards
As for the rewards inside these symbol chests in Destiny 2 Shadowkeep, there isn’t anything amazing. You’ll most likely receive a rare Armor Piece, some Glimmer, a couple of Helium Fragments, and maybe a few Lectern of Enchantment items – nothing too fancy.

This is all we’ve got in our guide to opening up the Hive Symbol Chests on Moon in Destiny 2 Shadowkeep. For more on Shadowkeep expansion, check out our Finishing Moves Guide, Randy’s Throwing Knife Guide, and Gear Upgrades Guide.