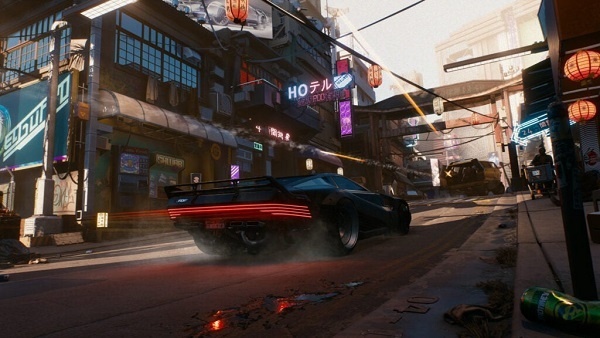 Cyberpunk 2077 allows players to use a ton of cheats for weapons, legendary items, and money. However, it is not something the developers recommend and in future patches, they might even remove this feature entirely. However, for the time being, you are free to play with such mods. But to do you need to know how to open the command console in Cyberpunk 2077.

Cyberpunk 2077: How to Open the Command Console

Before installing the mod it is best to backup your game files to avoid corruption. You should also backup your save files if you’re not using Steam’s Cloud save. After you successfully install the Cyberconsole mod you need to press the ‘ button on your keyboard, it is close to the enter button, to open the command console. Now simply copy-paste the command console cheat you want to use in Cyberpunk 2077.

Note: Your game must be running in Windowed Mode to open the command console.

You can go to the nexus mods link above to see the required steps for installing the Cyberconsole mod. Again, it is not recommended to use cheats and hacks in Cyberpunk 2077 as it would have a negative impact on your experience and takes hours of fun away. However, if the grind is too much for you, do as you please.

And that’s how you enable console command in the game.