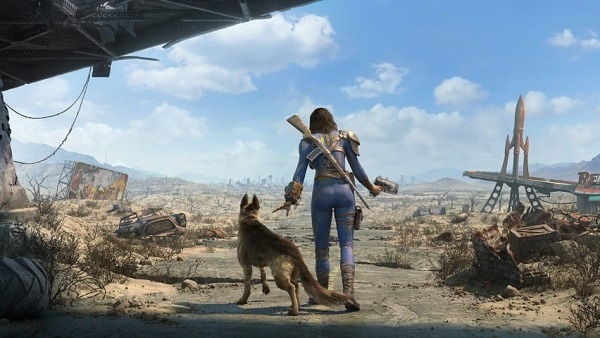 Protection against enemies is important in every game, so is it in Fallout 4. You can’t roam around in Commonwealth unprotected and without armor. Players must know the basics of armor, how to craft and use it. This is a guide on how to Modify or Customize the Armor in Fallout 4.

There are six slots for armor in Fallout 4. Two slots for both legs, two for arms, one for the torso, one for the head, and lastly, a base layer, which you can buckle up some extra clothing on to look a bit baggy. You can fill all the other slots with different combinations of armor pieces. You can equip multiple armors on your head, which means you can rock a pair of sunglasses and a vampire hat on top of it.

Every armor in Fallout 4 has three damage resistance scores, along with the weight of the armor as well as the value. Heavy armor with a heavy weapon can really slow down your character. This means that when you sprint, your stamina will drain faster with a heavier armor compared to a light one.

The ballistic Damage Resistance is represented with a shield in your Armor stats and is the most basic protection an armor can provide you against bullets, explosives, and other regular damage inflicting items. The heavier armors have higher resistance against these attacks.

This armor resistance is represented by a biohazard sign. Most armors don’t have radiation resistance; you can craft armor to make it bear the Biohazard radiation. As the game world is more of a post-nuclear war, which makes wearing the Radiation resistance armor a necessity. Some of the raider and Vault dweller suits have resistance against Radiations. When you intend to face off against the Children of Atom, you better be wearing this armor.

This armor is represented with a lightning symbol, and all the electrical attacks can be resisted with this armor. You can collect Synth armor pieces to get high energy resistance.

In Fallout 4, you can modify and customize your armor in two ways, which are quite easy. You can use armor pieces on both parts of the body as long as they are supposed to be for that specific body part. If you are looking for armors that can resist the energy and ballistic resistance, you should choose a Synth armor or combat armor. Metal armor is usually for the strong characters, or you can wear Raider armor, whose stats are pretty good and gives your character a badass look.

The mods make your armor stronger and drastically increase the ballistic and energy resistance with each successive upgrade. These armors, though, occupy 14 points of the carry limit of your character. These also change the look of your character a bit so that your character looks more badass and cooler when wearing these armor mods.

These mods add different attributes to your armor pieces, like reducing the weight of certain armor pieces without changing the damage resistance. You can also make these armors more resistant to reduce the amount of incoming damage from explosions and radiations.

Doing this will provide you great resistance against such attacks but will make it heavier as well. You can also increase the carrying capacity of armors. Armor for your arms can be stabilized to keep your aim steady and improve your blocking power. You can use some mods on your leg armor pieces to make you an effective killer in sneaky breaky situations.

All and all, you will need an extensive number of resources to craft armor. There is plenty of armor and weapons to explore in Fallout 4. You will also come across other miscellaneous components like cork, rubber, or fiberglass. You can get rubber by scrapping tires at settlements.

This was everything we had on armor and its modifications and customizations in Fallout 4.