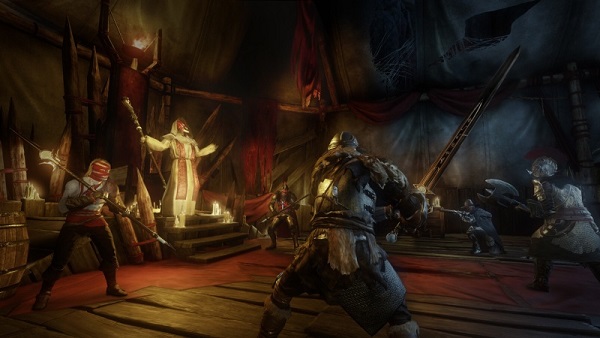 Seeping Stones is one of the resources you need to gather in the New World. It can be harvested from different locations in pickaxe. There are three different sizes of Seeping Stones in the game and each of them gives a certain amount of crude oil when harvested.

You will also get different levels of Mining XP which is tied to the size of the Seeping Stone. In this guide, we will discuss everything you need to know on how to Mine Seeping Stones in New World.

New World: How to Mine Seeping Stones

Seeping Stones come in small, medium, and large sizes. No matter the size you can mine them all at level 20. Moreover, once your character reaches level 45, you can track Seeping Stone locations in the open world.

There are two popular areas where you can get Seeping Stones in the game. Head to the Northwestern part of First Light or central to Southern Weaver’s Fen to find Seeping Stones.

Apart from these two locations, you can visit Cutlass Keys, Restless Shore, Great Cleave, Monarch’s Bluffs, Shattered Mountain, and Ebonscale Reach. However, compared to the two aforementioned locations these areas have fewer quantities of Seeping Stones.

And that’s everything you need to know on how to get Seeping Stones in the game. Need more help? See Tuning Orbs Crafting Recipes, How to Get Repair Kits, How to Get Saltpeter.