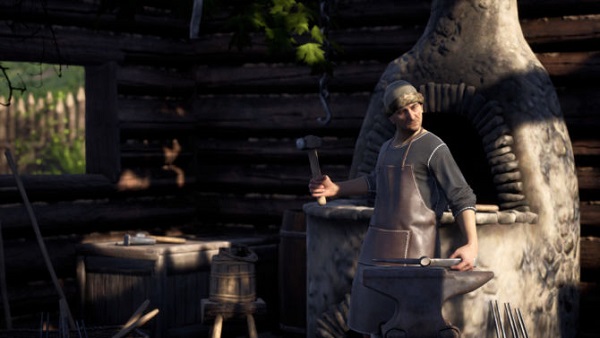 Survivability is probably the only thing you’ll be concerning yourself with during the early game in the Medieval Dynasty. And to survive, you’ll need money – a whole lot of it. While you’ll naturally continue to accumulate money over time, there are a few ways to speed up the process, especially during the early game. In this guide, we’ve detailed everything you need to know about how to easily make money in Medieval Dynasty in a few minutes.

With enough money, you’ll be able to buy food from the vendors that will keep your ‘Food’ meter filled up without you having to worry about eating something every now and then. During the early game, you should try to rely on gathering basic resources and selling them to vendors. Some of the resources you should consider collecting include Logs, Sticks, Broadleaf Plantain, etc. You should also try to craft some Stone Knives and sell them too.

The following is a quick overview of how much money you can make from selling the items mentioned above:

To get started, you need to head over to Jarogniewa. Once there, sell all the Logs, Sticks, Broadleaf Plantains, and Stone Knives that you’ve collected thus far. If you, by any chance, don’t have any of these things in your inventory, you should be able to gather quite a lot of these in about 5 minutes.

To do so, leave the building where you find Jarogniewa and head toward the nearby river. Remember that there’s a skill that basically highlights all the basic resources in your nearby vicinity – making it fairly easy to find them. With the skill unlocked, pressing the ‘Alt’ button will highlight all the nearby resources. These are the resources that you’ll need to pick up:

Once you’re collecting everything in the nearby areas, return to Jarogniewa and sell everything you’ve collected – remember to craft the Stone Knives since they’re the most profitable. Depending on how much basic resources you’re able to collect, you should easily be able to make around 200-500 Gold per run.

We’d also recommend that you use some of the money to buy some Flatbread and Oat Rolls (if you’re able to find them anywhere). These things will provide you 40-45 nutrition per consumption and will easily last you an entire day. Considering how hard it’s to survive without food during the early game, these things can be actual life-savers.

This is how you can easily make some money during the early game of Medieval Dynasty. For more helpful tips and tricks, you can check out our detailed Medieval Dynasty wiki guides.