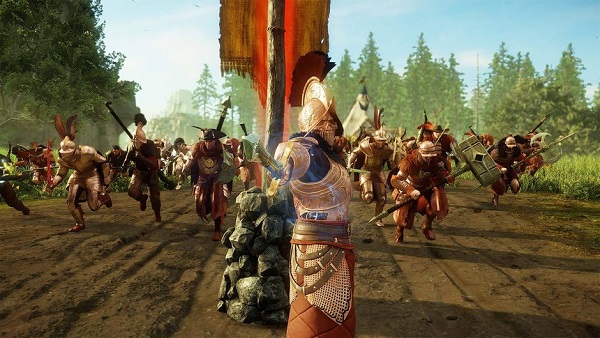 Amazon’s new MMOPRG has players griding their way to the top of the mountain. It takes a ton of effort to reach certain levels that allows you to craft weapons, potions, and take on harder Corrupted Portals and enemies. So to make life easier for you, in this guide we are going to discuss a few tips to help you level up fast in New World.

New World: How to Level Up Fast

If you want to be at the top of the mountain in New World, the first thing you and your party (if you’re playing with friends), need to focus on is completing the quests. Go through as many as you can to get access to certain progression items and NPCs that help you craft stronger, better weapons and armor.

Aeturnum is a massive open world and one of the best ways to earn additional XP is exploring and killing low-level enemies in bulk. Killing hostiles not only gives you XP but also mastery points for the weapon you use to kill them.

Another method of earning additional XP and level up fast is to accept as many quests from NPCs when you reach a new settlement. Playing in a party is much better than playing solo to complete quests. There is scaling in the game but it is still better to play with a party.

Main quests offer the most XP but do not ignore side quests, faction, and town boards. You can join factions in New World and later change your faction as well which means you can complete quests for multiple factions but never at the same time.