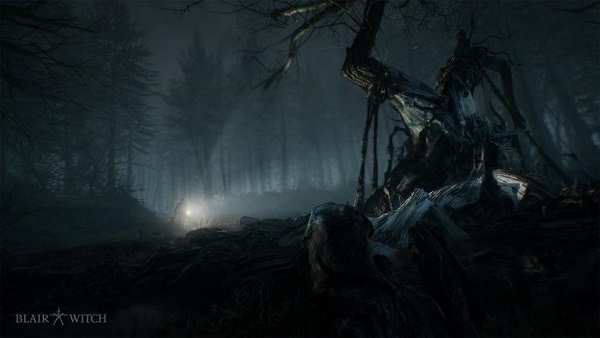 As you progress deeper into Blair Witch, you’ll uncover hidden secrets and paths, some of which are better left alone. In such a case, where you’re stuck as with The Abandoned Camp, you’ll be desperate to find a way out. Here’s how you get out of that scary Abandoned Camp in Blair Witch.

Getting Out of the Abandoned Camp in Blair Witch

After roaming around the haunted forest for a while, the main protagonist, Ellis, and his loyal dog lose their way as they pass out in the Abandoned Camp in Blair Witch. Whether you were hallucinating this event or not, you need to get your cam recorder back.

Once you wake up, it’s fairly easy to find the cam recorder since it’s close by. Immediately, watch the footage and try to make sense out of it. These recordings are interesting puzzles that blur the line between the real and the paranormal.

In this particular case, you’ll need to continue watching the tape until the kid appears playing with his toy police car. Once you’re at that moment of the footage, stop the recording and get amazed at a surreal experience. This spawns up a real life-sized police car near your location, just as the recording shows you.

Head to the car and you’ll be able to progress further into the game, continuing the mysterious supernatural horror story of the Blair Witch and Ellis.